“Pure Rock Crawling is fully playable game right now, but needs more features and final polish. Support provided by players can have a great impact on the game and help to make it better and more completed experience within the scope of the main core which is Rock Crawling.”

“Pure Rock Crawling should come out of Early Access in roughly 6-10 months.”

“Full version will be updated with more cars and maps. Core gameplay will stand as it is. There are few plans for new game modes and so called career mode.”

“Pure Rock Crawling is mostly completed experience with 2 customizable cars, 6 maps and 18 stages to play with.”

“No, price will stand as it is after leaving early access.”

“I am open to ideas and suggesions reffering to vehicles, maps, game modes as far as common sense goes.”
Read more

Pure Rock Crawling is a game build around the concept of making the best tire and the best suspension simulation. The main goal was to create a slow, immersive ride throughout rocky trails, forest hills and flat deserts. That kind of ride is the best way to admire beauty of rock crawling.

the Challenge - Pure and Simple

The challenge is simple: on trail you will find ten gates composed of two cones, none of which should be touched or tripped. For every gate passed you will be awarded with points, for every cone tripped you will loose them. Be precise and concentrated to gather as much points as you can, but be aware of the ticking clock, so be careful with the throttle ! Too much or too little can doom you. 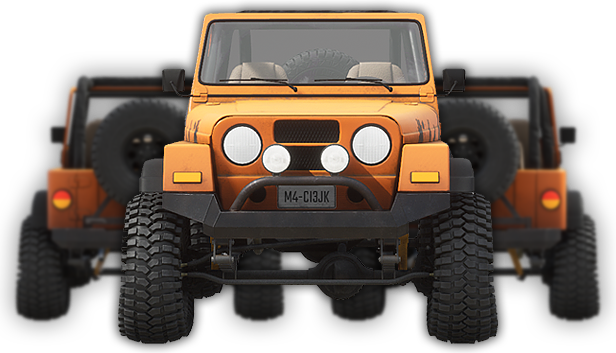 Pure Rock Crawling encourages you to take on this challenge to unlock new maps and customization items.