“Surrounding the land of Talisman are four great kingdoms known as Regions. Each Region offers great opportunities, as well as terrible dangers, for adventurers brave enough to enter it. This expansion allows players to enter one of these extraordinary areas - the Woodland Region, the domain of the immortal fae.”

Discover the Woodland Region, one of the four Kingdoms surrounding the land of Talisman. This expansion adds a new board piece to the main Talisman board, ready to be explored. Make your way through the woods until you reach your meeting with Destiny! 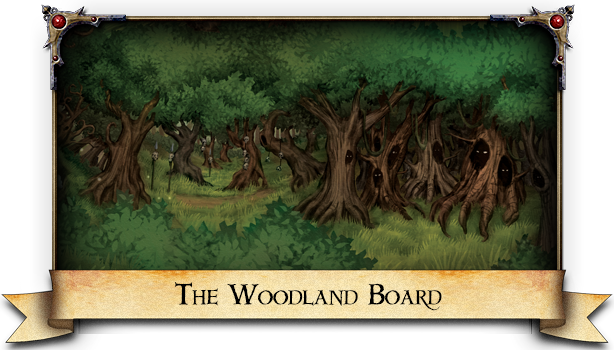 Light and Dark Fate
“The fae have emerged from their mysterious, forested homeland and altered the course of fate forever.”
The Woodland Expansion introduces new rules for fate which replace the classic rules found in the Talisman base game. You will now be able to use Light and Dark Fate. At the start of the game you’re able to split your fate into Light and Dark as you please, and so on as you gain fate throughout the game.

Dark Fate allows you to sabotage other players by re-rolling their die. If you’re in a battle with another player and they roll an attack score which will defeat you, you can use a Dark Fate token to make them re-roll their die. Light Fate works the same as Fate has previously in Talisman.

Characters within the Woodland Expansion have special abilities which require specific tokens. If a character is killed any tokens they have left on the board are removed. 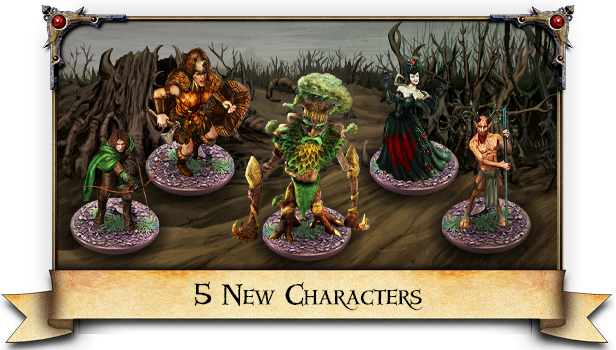 Living for thousands of years has taught the Ancient Oak many secrets. With strong beliefs on how the land should be ruled you’ll make an unassuming but strong contender for the Crown of Command. When you play as the Ancient Oak:

The Totem Warrior channels the spirits of his vanquished foes into powerful abilities. Draw power from your fallen enemies as you battle for the crown! When you play as the Totem Warrior:

Magic Ley Lines cover the land of Talisman, channeling magical energies towards certain locations. As one of the few skilled Craft workers that have learned how to harness the power of Ley Lines, you’ll be able to create and use portals to travel along them. When you play as the Leywalker:

Trapped in the Cursed Glade for most of her life, the Spider Queen has become spiteful towards others. Leaving webs and your spiders across the land to hinder your enemies, you’ll weave your way to the Crown of Command. When you play as the Spider Queen:

Finding clear paths through Talisman is never an easy task. The Scout has spent years training to avoid potential dangers that lurk in the shadows. When you play as the Scout: 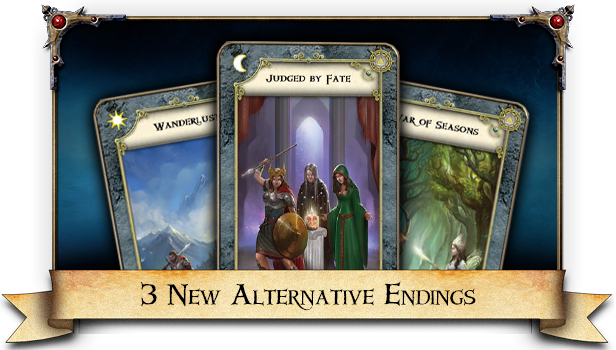 The Crown of Command cannot be ruled by a tyrant. The sheer power the Crown holds needs to be controlled by someone of good judgement and nature. Once a player has reached the Crown of Command, all characters within the Inner Region will be teleported to the Portal of Power and no character can enter into the Inner Region for the rest of the game. Each character must then roll 1 die to see what their judgement is. The last character alive is the true ruler and wins the game.

Oberon and Titania have taken control of the Crown of Command. To relinquish their power one of them must be defeated. Players place their Fate down on the ending card which Oberon and Titania draw their strength from. All players are teleported to the Forest and have to work their way to the Meeting with Destiny space before they can challenge Oberon or Titania. Oberon fights using Strength with every Dark Fate token placed adding +1 to his Strength, Titania fights with Craft with every Light Fate token placed adding +1 to her Craft. The battle will be hard so make sure you’re ready for a mighty showdown. Whoever defeats either Oberon or Titania first wins the game. 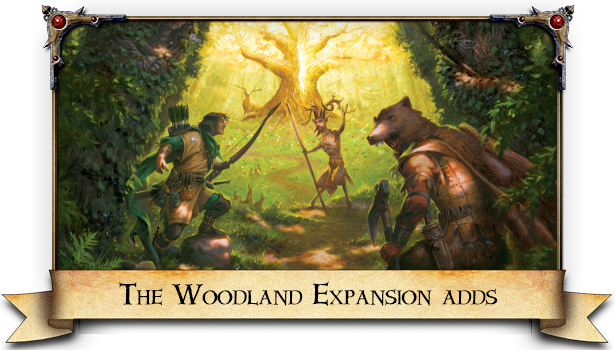