Ever wanted to know what it feels like to run your own Pizza shop? Do your best to fulfill pizza orders from customers while making enough money to keep your shop open. Upgrade your shop with new toppings and equipment to compete against your pizza rival, Alicante!
Recent Reviews:
Very Positive (47) - 87% of the 47 user reviews in the last 30 days are positive.
All Reviews:
Very Positive (337) - 88% of the 337 user reviews for this game are positive.
Release Date:
Developer:
TapBlaze
Publisher:
TapBlaze
Popular user-defined tags for this product:
Simulation Casual Indie Management Early Access Cooking Family Friendly Funny Multiple Endings Story Rich Memes Cartoony Singleplayer
+

“Good Pizza, Great Pizza is a proven mobile game with strong gameplay and a good level of polish. Early access allows us to make the game great for Steam players. We have plenty of ideas for the Steam version to set it apart from its mobile counterpart. We really want to get this game out to players to get feedback, build a strong community and bring Good Pizza, Great Pizza to the next level.”

“The game will be on Early Access for a few months, but less than a year. This really depends on player feedback, balancing of the game and development of new content.”

“The full version will have at least one additional chapter on launch. In addition, new gameplay and features such as multiplayer are planned. The specific list will depend on player feedback and suggestions.”

“We don't have any plans to change the price after Early Access. However, this depends on how many new features and changes requested by our Early Access community.”

“Yes, we plan on heavily involving the Steam Community by obtaining feedback throughout the development cycle, providing frequent builds and updates. We promise to do our best to take player feedback and ideas into consideration, because we believe that it will lead to the best possible cooking game on Steam!”
Read more

Ever wanted to know what it feels like to run your own Pizza shop? Do your best to fulfill pizza orders from customers while making enough money to keep your shop open in this fun cooking game. Upgrade your shop with new toppings and equipment to compete against your pizza rival, Alicante!

GOOD PIZZA, GREAT PIZZA has been downloaded over 40 million times and is now available for Steam! This is a premium version of the game with new game balancing and no in-app purchases. 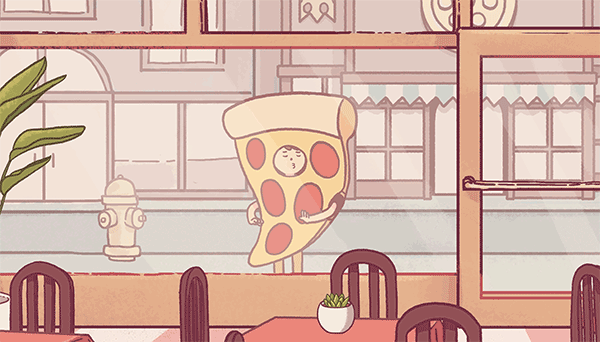