The simple game of a shut-in learning from home and earn money. (The game is purely fictional, do not try this out in reality. This is a somewhat serious and heavy game, so don't be fooled by appearances.
All Reviews:
Very Positive (212) - 82% of the 212 user reviews for this game are positive.
Release Date:
Developer:
成都神妙科技有限公司
Publisher:
none
Popular user-defined tags for this product:
Early Access Life Sim Survival Indie Time Management Management Satire Philosophical Drama Turn-Based Tactics Modern Immersive Sim Simulation Game Development Casual RPG Point & Click Multiple Endings Text-Based Hand-drawn
+ 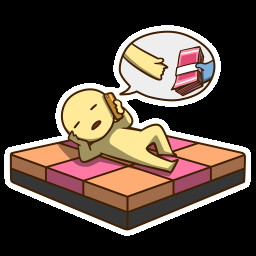 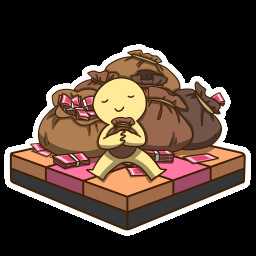 “The game is not yet finished, feedback and game sales will decide the additional features to be added to the final build.”

“A minimum of three months will be dedicated to game improvements, the more game sales, the longer the improvement time frame will be extended.”

“1.The full version will add more languages. (Now only Simplified Chinese is available.)
2.In the future, there will be more roles for the player to experience.
3.The full version will add achievements.
4.In the future, expansion of the game includes game modes and interactions，an example would be more ways to earn and spend currency. More endings will be designed based on the gameplay of the player.”

“You can experience one character, complete game flow in a single mode.”

“Pricing for the game will not reduce, and might increase depending on the game's final build.”

“The community forum's suggestions will be adopted if considered reasonable, applicable and within implementing capability.”

“Your friends are graduating from graduate school and you're still doing your junk game.”
-1/10 – The developer's father

(The game is purely fictional, do not try this out in reality.)
(Take Note: The game doesn't have any building elements and it is not a simulator.)
A simple casual game with no changing scene, no complex controls, requiring only the mouse to operate.
The idea of ​​the game is to describe the story of a shut-in, studying hard and earning money. The inspiration for the game comes from my actual experience.
Work under someone? In this life, it is impossible to do so.
Certainly, the game is not close to reality, the nature of it is simplified. Contents are changed due to the game requirements and aspects, it is not a simulation, do not take it seriously.
If you have tried the game out and feel that working freelance is simple and easy. You'll be far from correct, clicking will allow you to learn the real skills? That is impossible.

The main idea is to learn and enhance individual attributes，to create and earn，ending within a timeframe，causing different endings based on achievements.

Clickable Furnitures：
1.Bed：Sleep, restore stamina.
2.Computer：Order takeout，studying，entertainment.Studying is the fastest way to increase the attribute.
3.Fridge：Store Takeouts.
4.Shower Room：Shower.
5.Toilet：Toilet break，the game is set to automatically take a toilet break when required, time will still be spent. In normal circumstances, there is no requirement to use the toilet.
6.Mat：Exercise，increase health.
7.Exit Arrow：Clinic.When sick，requires time and currency for recuperation.

Interface Buttons：
1.Writing Button（Pencil on the button）：Gather writing materials, create a novel.
2.Drawing Button（Brush on the button）：Accept jobs to earn currency, or create comic series.
3.Event Button（Speaker on the button）：Check current event and participate in it.