You are the founder of your video game company. The starting point belongs to you, in your garage, or think big instead of small by acquiring your first location. At the end of the day, your decisions will make your studio a success and will mark the Video Game History.
Recent Reviews:
Very Positive (24) - 87% of the 24 user reviews in the last 30 days are positive.
All Reviews:
Very Positive (426) - 86% of the 426 user reviews for this game are positive.
Release Date:
Developer:
Binogure Studio
Publisher:
Binogure Studio
Popular user-defined tags for this product:
Simulation Strategy Management Indie Casual Singleplayer Sandbox GameMaker Economy Replay Value Great Soundtrack 2D Point & Click Early Access Building Isometric Difficult Addictive Moddable Game Development
+ 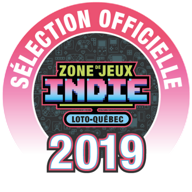 “Feature ideas from the community are flooding in. This is encouraging and even difficult to follow. I am the only developer of City Game Studio and implementing all these features takes me a lot of time. As the project progresses, feedback is becoming increasingly valuable. Being able to release the game in early access will allow me to get feedback earlier and will also allow me to devote 100% of my time to the development of City Game Studio.”

“City Game Studio will remain in early access until spring 2021. Which will allow me to make the best possible game of it.”

“I have set up a github project listing the features, obviously it is going to change over time.

“The price will increase as the game progresses from alpha to final release. The game is cheaper the earlier you buy it as a thank you for supporting the development of City Game Studio in its early stages.”

“I have high expectations of the community. An active discord server is in place, don't hesitate to join it. We share our opinions on City Game Studio as well as feature ideas, bug feedbacks and game balancing.
I'm a GNU/Linux developer so I can't stream directly on Steam. I'm building a community around Twitch live stream. Please come and introduce yourself, I'm always happy to see new faces.”
Read more

January 1975, you've just created your own video game company. You are renting a tight place that allows you to develop your first game. Quickly, your games are successful and you already have to move, but it is up to you to cross the city to pick your next local. In the blink of an eye you are hiring artists to improve the visual aspect of your games. Next came developers and then testers.

But a problem remains, even if your games are brilliant, you don't have enough fans to self-publish a big game to make your studio profitable. You will have to turn to video game editors who will carve out the lion's share. Chaining successes is the only way of getting rid of the publishers. Furthermore you will be able to publish your own publishing contracts. Then you will then be ready to dominate the market and buy back your competitors.

This game doesn’t have

City Game Studio is inspired by marvelous games like

ATTENTION: Some of our localizations were made by our ❤️ community. Check the current translations of your language to make sure the game is localized far enough for you to enjoy.

City Game Studio developed by Binogure Studio © 2020. Published by Binogure studio. All trademarks, copyrights and logos are property of their respective owners.