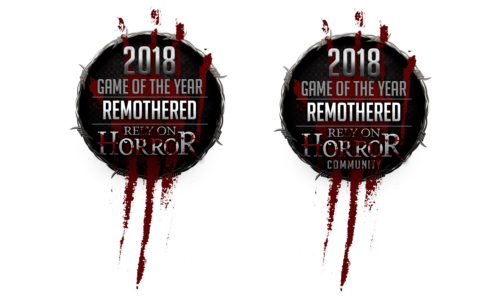 TGM Awards 2018 - Best Horror Game and Best Made in Italy

“Remothered’s art direction is simply fantastic. For all of those out there mourning the lack of “real” survival horror games, your prayers may have been answered.”
8.5/10 – Rely On Horror

“A classic survival horror game made with intelligence. If you love the genre, you must not miss this.”
8.5/10 – IGN Italy

Psychology plays a huge role within the game: heroes and enemies are atypical and the line between good and evil is blurred. The plot is rich of unpredictable twists, but it is touching at the same time. The development of the game is similar to that of a film narration, where the player perfectly identifies himself with the character. The soundtrack, composed by Nobuko Toda (Final Fantasy, Halo, Metal Gear Solid) and Luca Balboni, enhances the terrifying atmosphere of the game.

The story revolves around Rosemary Reed, a fascinating 35-year-old woman, who reaches Richard Felton’s house, in order to investigate on the disappearance of a girl called Celeste. The woman is greeted by Gloria, the nurse who takes care of the old Richard. When Dr. Felton understands Rosemary’s true intentions, the dread begins.

Remothered: Tormented Fathers is the first chapter of a 3rd person game trilogy. A web of lies where murders and obsessions come to life. A revolutionary experience created for survival horror fans.

Join the membership and get exclusive benefits