by Greg A. Vaughan

The Stolen Lands consume many wanderers—the perils of its rugged wildernesses and hidden mysteries prey upon even the wariest of travelers. Founded upon one of the most savage frontiers, the colony of Varnhold defied the many dangers of this harsh region. At least, it did until all the residents of the fledgling community completely disappeared. Now it falls to the PCs to discover what became of their eastern neighbor, a secret steeped in generations-old hatreds and the mysteries of an empire long crumbled to dust. Can they uncover the terrible secret behind this shocking disappearance before the same calamity befalls their own land? 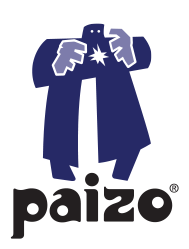