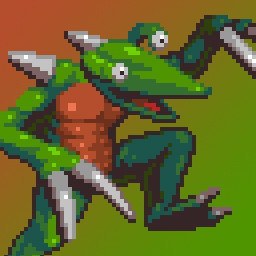 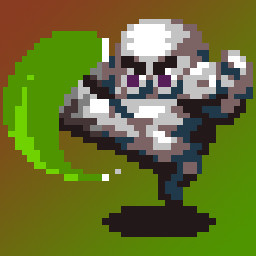 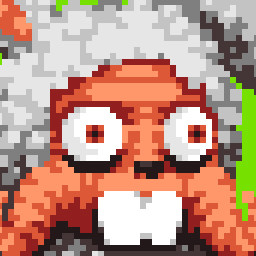 Kaiju Big Battel: Fighto Fantasy is 16-bit styled RPG featuring turn-based combat, plenty of exploration, and a funky soundtrack to pump you up. This is an officially licensed game based on the live-action monster wrestling group Kaiju Big Battel, who have been performing their Godzilla-meets-WWE act for over 20 years.

Designed for Kaiju fans and newcomers alike, Fighto Fantasy takes players on a quest across time and space as they work to undo damage caused by the evil Dr. Cube as he rampages through history in search of fame and glory. With seven main playable heroes (and a secret one to unlock), players explore six time periods and punch out dozens of deadly monsters.

All the world is watching as the Kaiju Big Battel Title Fight is about to begin: The diabolical Dr. Cube vs. the patriotic pugilist, American Beetle! Things take a sudden turn when Cube pulls out a secret weapon that rips open portals into history. Now it's up to the Kaiju Heroes to pursue Cube across the centuries, from Egypt to Rome to Russia and beyond! Is the mad doctor pursuing dangerous artifacts lost to time, or does he just want to deface famous landmarks with his own ugly mug?

⚫ Combat: No random encounters here; touch enemy NPCs on the map to trigger turn-based battles. Each of the seven main heroes has their own strengths and weaknesses.
⚫ Side stories: When you're not chasing Dr. Cube through time, take a minute to help out some locals. Slay a musclebound mummy, rescue lost Kaiju heroes, adopt cats!
⚫ Map abilities: Each hero has a unique ability to interact with environmental objects, unlocking hidden paths and secret treasures.
⚫ Difficulty selection: Easy Mode for a relaxed experience, Normal Mode for players who want some tense fights, and Hard Mode for players looking for more deadly dangers.
⚫ 12+ hours of RPG adventure.
⚫ Future expansions will be released as free updates; no paid DLC here!

Super Walrus Games has been making independent games for over 15 years, starting with the release of Walthros in 2002. Fighto Fantasy is written and designed by Super Walrus Games boss Paul Harrington, with graphics by Soda Piggy (W. James Pandelis), music by Glock & mr8bit, additional graphics by Zack Corcoran, and minigames by James Paige and Richard "Spoonweaver" Upchurch.