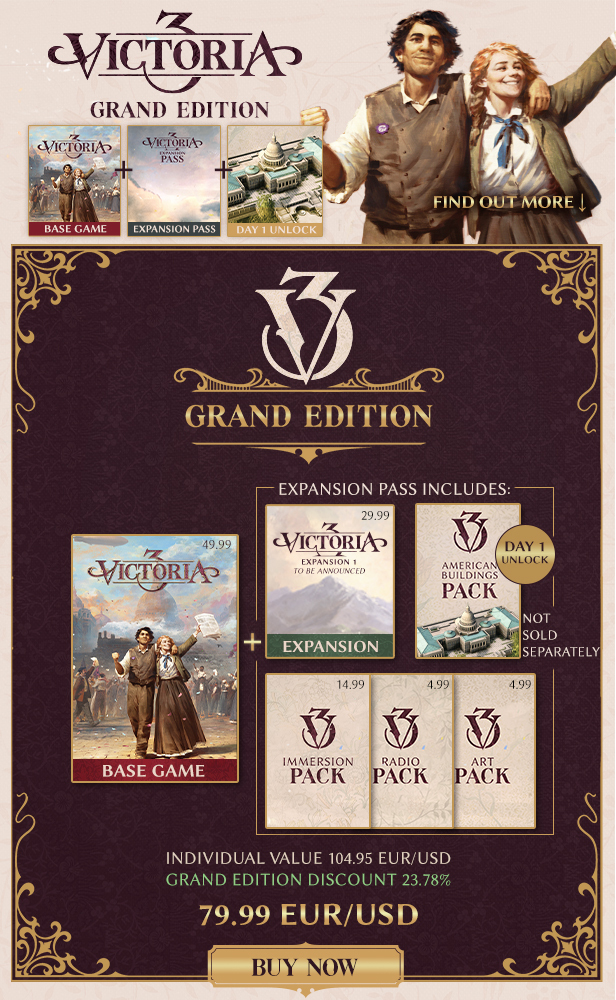 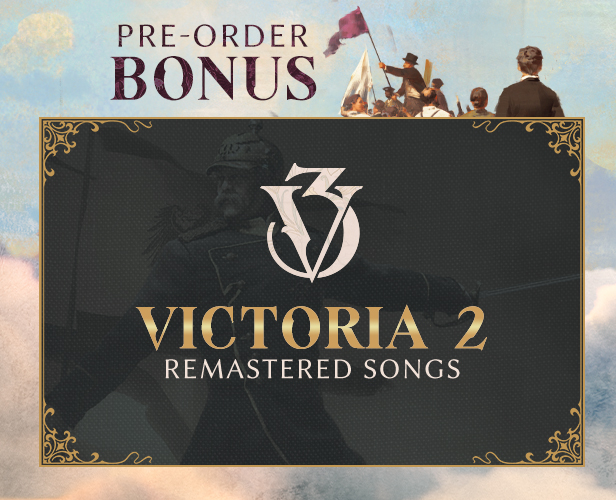 Pre-Order Victoria 3 and receive music from the game’s predecessor, Victoria II. This remastered soundtrack is a tribute to the beloved cult classic, with new versions of some of your favorite Paradox music.

32 Curators have reviewed this product. Click here to see them.
There are no reviews for this product