“Those who forged the Crown have returned! Great treasure and great peril arise from the burning depths. The Ifrit have risen from their underground kingdom to consume all the land in flaming death. They will not stop until every field is burned to ash and every surface dweller is clapped in chains of brass and taken down to the flaming caverns below.”

The Firelands brings new tokens and elements to Talisman. The Ifrits are ready to set the world ablaze for what the Great Wizard did to them years ago when he forged the Crown of Command. 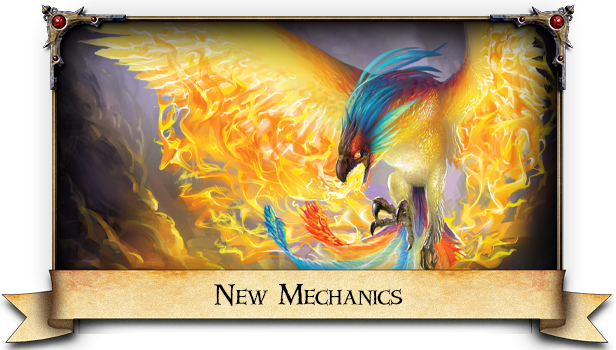 Certain game effects instruct players to place a Terrain Card on a space on the board. These Terrain Cards replace the original text on a space with new space, creating new opportunities for strategies when travelling the land.

Burn is a new effect found in The Firelands expansion. If a player is instructed to Burn a card, the card is then removed from the game and its effects no longer interact with the game unless specifically stated. Some cards are Fireproof, this makes them immune to the ravages of flame and cannot be burnt. These cards can be recognised by the Fireproof symbol.

These tokens represent areas of Ifrit influence that are dangerous to even the most stoic adventurer. If a character ends their turn on a space with a Fireland token they most lose one life. Each space can only have one Fireland token on it at any time and tokens cannot be placed in the Inner Region.

Many of the enemies in The Firelands expansion will have a Strength / Craft Value. If your Character encounters one of these enemies you can choose whether you want to fight the enemies through Strength or in Psychic combat. 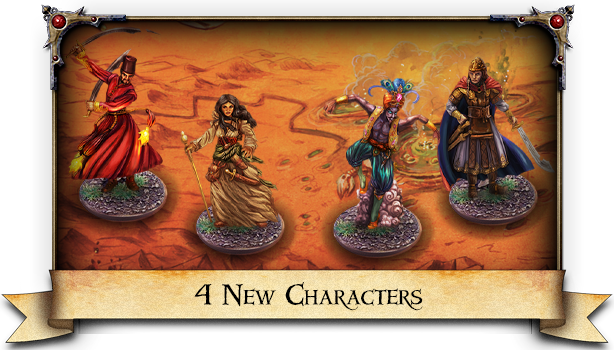 Years of training has made the Dervish a master of any and all weapons, and he’s ready to leap from one battle to the next in order to prove his skills! When playing as the Dervish:

Roaming the land comes naturally to the Nomad. Being aware of how dangerous the land is, she is careful to only encounter situations she’s sees fit. When playing as the Nomad:

Skilled in magic, the Jin Blooded has developed the ability to change their fate and gain Spells to their advantage. When playing as the Jin Blooded:

As a cruel person, the Warlord cares not for those that follow her. She merely see her followers as a necessary sacrifice when it comes to protecting herself. When playing as the Warlord: 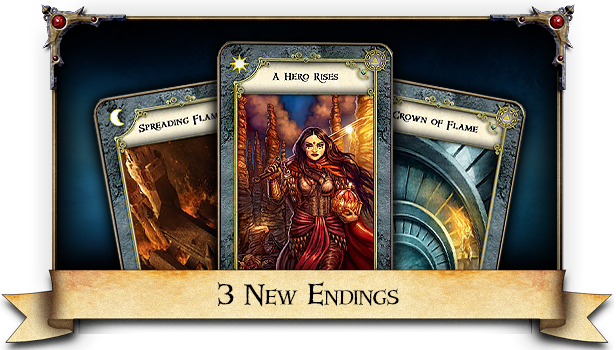 The fate of the land is in your hands. Whenever you are victorious in battle, you’ll earn 1 fate in addition to any other rewards. If you lose a battle, you’ll lose one of your fate. The first character to reach the Crown of Command with 13 or more fate wins the game!

Ifrit are taking no mercy on the land of Talisman. While this ending is in play, the number of fire tokens in play are not limited. When the ending is revealed, each character must teleport to any space in the Outer or Middle Region that does not contain a character, as the Inner Region is no longer in play. Each player will then have a Fire Token placed in the space adjacent to them. At the start of the players turn they must place 1 Fire Token on their space. Spaces can have multiple Fire Tokens and the characters must take one life per fire token on that space. The last character alive wins. 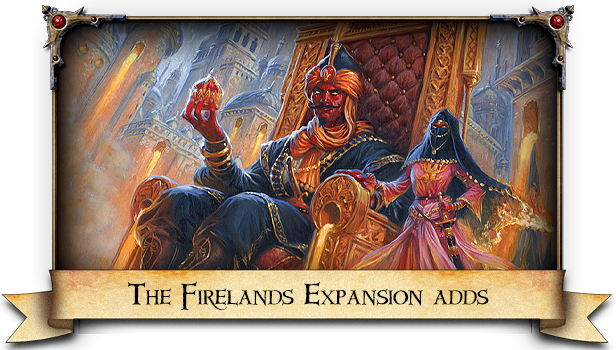 “Will you be able to extinguish the flame?”