When a washed-up actor hangs himself on location, a spotlight is cast on the backwater Florida town of Cypress Knee. Your screen becomes a stage on which you investigate this mysterious death as three distinct characters.
All Reviews:
4 user reviews - Need more user reviews to generate a score
Release Date:
Developer:
Prologue Games
Publisher:
Prologue Games
Popular user-defined tags for this product:
Adventure Indie Casual
+

Is this demo relevant to you? 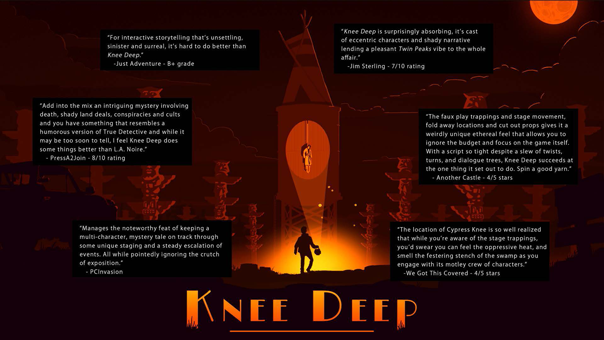 In this demo, play the first three scenes of Act 1: Wonderland - a swamp noir stage play presented as a computer game!

Experience a magical reality where characters are transported among scenes, set pieces moved into place, and music wafts from the orchestra pit. Knee Deep is about characters, storytelling, and melodrama in swampland Florida. 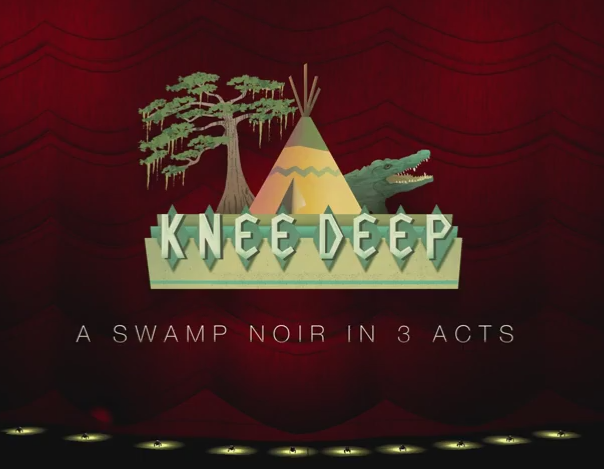