“War of Rights is an entirely crowdfunded game which has been tested by our crowdfunding backers in both its technical alpha and alpha for the better part of two years. The Launch on Early Access will allow for a much greater audience to help us test the game and expand its features before the official release of the game.”

“With more than 6 years in development (and having had crowdfunding backers help us test the game and develop its mechanics in the some 120 alpha updates released over the past two years) we have chosen a methodical update release schedule. We are dedicated to bringing as many details and features into this game as possible as long as we have the support to do so. There is no end goal for us and thus no set target for how long we plan for the game to be in Early Access.

It is entirely possible that we someday realize our vision has been fulfilled and we therefore have a set release target - but until then we will keep on expanding the scope of the game (and thus the time in Early Access).

We hope you will be part of that journey with us.”

“The Civil War supplies us with a nearly unlimited amount of possible content for our game. It is very likely a rather big amount of new content will be created and added to the game (different campaigns, units, army branches, etc.) while it is in Early Access.”

“Please refer to the "About This" section for details regarding the features of the alpha.”

“The community has been hugely important to us for the past several years - helping us test out the alpha and submit crucial feedback and suggestions to us that have helped shape the design of the game.

Being a heavily team-driven game, the community has also been instrumental in creating test/play sessions ("Events") which has in turn kept the alpha test base active, week after week.

We offer several community related features outside of the alpha such as community forum boards like the Events, Companies and Ideas & Suggestions boards on our forum as well as here on Steam and also a dedicated "Company Tool" on our website created for the community to better organize themselves in, as well as outside of the game.

We look forward to having the Steam Early Access players bolster the ranks of our, already, excellent community.”

War of Rights is a multiplayer game set during the perilous days of the American Civil War, in the Maryland Campaign of September, 1862. Campfire Games is devoted to presenting the gruesome and glorious elements of the period, while maintaining the highest level of historical accuracy and realism as is possible with the wonders of CRYENGINE.

- Tailored for line formation teamplay: Custom formation buff mechanic system rewards sticking together by lessening the suppression effects, the morale cost for the team when dying and the flag bearer respawn rate.

- Regimental pride: 95 researched and recreated regiments all supporting uniforms for all ranks (Private to Colonel) and player classes.

- Recreated battlefields: More than 30 historically accurate skirmish areas of the Battles of Antietam and South Mountain as well as the Siege of Harpers Ferry to play on and three drill camps to perfect your formation forming abilities or simply exchange battle stories at the campfire.

- Player classes: Private, NCO, Flag Bearer & Officer playable from every regiment featured and covering all ranks from Private to Colonel.

- Powerful game engine: Powered by CRYENGINE V, War of Rights is capable of providing visuals unmatched by any other Civil War game.

- More than a game: War of Rights is a vision that keeps expanding its scale. The project is entirely crowdfunded and has been developed on for the past 6 years. We consider it more of an ever evolving artistic piece rather than a final product with a targeted release deadline with set features.

Players in the game will be able to play on multiple battlefields of the campaign, from the confluence of the Potomac and Shenandoah Rivers where the Siege of Harper's Ferry took place, to the ridgelines of South Mountain, and to the meandering waters of Antietam Creek at the Battle of Antietam. Additionally, players will also be able to choose from a list of regiments that fought in each battle as well as what rank to fight as, whether they want to slog it out as a lowly private, or if you want to orchestrate the carnage and mayhem as a major general.

Uniforms and bodily features will all be customizable for other players to see as you march and fight in the lines of battle according to the tactics of the period. As a General, you will operate in your headquarters equipped with a map of the battlefield and constantly receiving reports of friendly and enemy positions. Send out new orders to the regiments to move forward, or fall back - all in real time. The orders will move down the chain of command, to the Colonels, Majors, down to the Captains in charge of the individual regiments, all of whom have the option to follow the orders of their trusted commander, or rebel against his wishes and fight as you see fit.

Each map contains a period reconstruction of the buildings, farms, forests, roads, and rocks as they were in 1862 so players can fight through the streets of Harper's Ferry, in the wooded heights of Fox's Gap at South Mountain, or in the cornfields and Bloody Lanes of Antietam. Players can feel the whiz of deadly shot and shell fly by their bodies, or hit their comrades or themselves as they scream in a bloody hail from their wounds. Limbs will fly and blood will be spilt once again as Campfire Games brings the fighting of the Civil War right to the player's computer screen!

Will you heed the Union call against the traitors? Or will you fight to defend your family and livelihood with the Confederacy? You decide!

We thought it a good idea to recreate/repost our Early Access roadmap as a lot of players having joined us recently are unlikely to know what we are intending to offer as the game advances in its development.

The below roadmap should be taken for what it is - a preliminary list of things we have planned for. As all plans are subject to change, there is a great chance that the list will also end up changing, however.
The order of the roadmap is also subject to change as the development moves ahead. Some things listed may arrive a great deal sooner or later than what their listing order indicates.

1. Bug fixes, stability improvements: This will be an ongoing focus throughout the development of the game. An alpha is never without its bugs. New content rarely comes without its fair share of bugs and issues required to fix up.

2. Performance improvements: We are well aware of the performance of the alpha is needing to be improved - especially at higher playercounts. Major programming work is currently going into reworking the most expensive part of the game at high playercounts. Once finished you should all be experiencing much better framerates on populated servers.

4. End game events: Taken out just before the launch on Early Access, the end game events will be making a comeback in a more fleshed out form, specifically designed to create more memorable end game moments in cases where the question of who were the winners of the match is heavily contested.

5. Improved melee: Melee is going to be receiving a much needed overhaul, including the availability of a parry move and animation kill sequences between two players (“kill-moves”) to increase the visual fidelity of close quarter fighting. 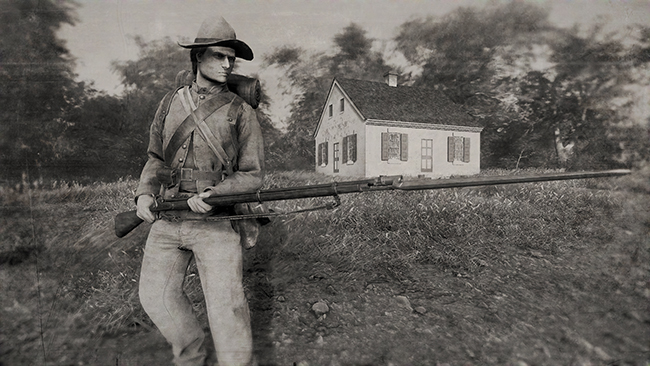 6. New battlefields: The Battles of South Mountain and Shepherdstown will eventually complete the Maryland Campaign of 1862.

7. Fleshed out officer order system: Additional officer commands will be introduced to allow for a greater range of tactical options.

8. Musicians: Working in tandem with the officer order system, musicians will have to relay the correct calls to help make sure the orders are received down the line. 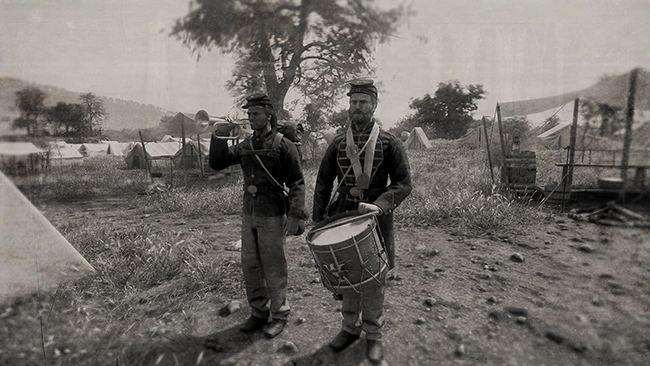 9. Historical Battles mode: Besides the quicker Skirmish mode, the largest and main game mode intended for the game, known as Historical Battles, would open up the entirety of the 4x4 km battlefields for more of a complete playthrough, with a moving frontline consisting of several capture areas. This will also entail the use of the full chain of command where players take the part of Generals, using maps and couriers to direct troops across the huge battlefield.

10. Player controlled artillery: The many batteries already placed on the battlefields will become player controlled once we introduce an artillery system, where players will have access to some of the most destructive and tide-turning weapons of war. 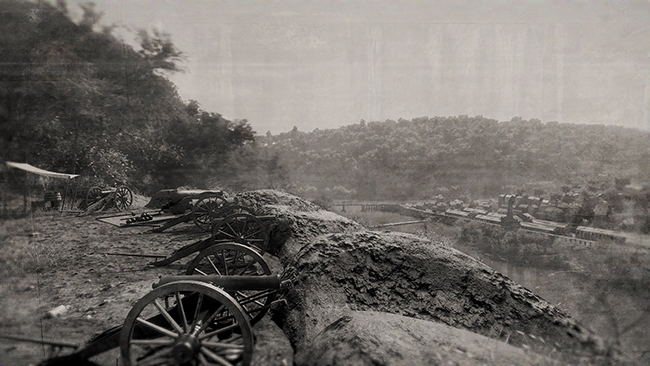 11. Generals: The chain of command on the battlefield will be expanded with the addition of generals. Generals bring a tactical overview to the battle that all other classes lack, helping to command the troops when using the historical battles mode, helping to bring some order to the chaos of war.

12. Cavalry: Horses are to be implemented for both cavalry units, moving artillery pieces, as well as for the high command and their couriers. The cavalry was still an important branch of the armies of the period considering the changes in technology, acting as reconnaissance and quick response units as understandings for their use developed over the period of the war. 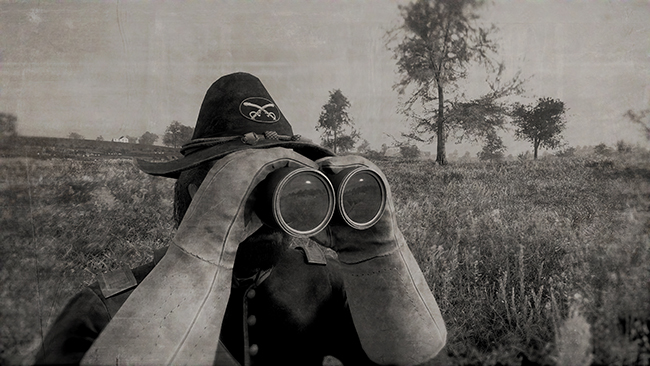 13. Final Release: Once the above features have been finished, we will be at the point that we would be just about ready for full release of the game to all and sundry! This final release would also be the point that those that had backed us originally would be getting their promised physical and digital goods. While we cannot give any definite date as to when we might get to release, we inch closer every day!