Save Your Mother
Developer
Tuomo Laine
Publisher
Tuomo's games
Alice Andersson, a world-renowned scholar, faces a dilemma of grand proportions when her mother falls gravely ill. No traditional cures have been able to save her; not even the most unconventional methods have worked! Join her as she discovers the legend about the Elohim Cube, a mystical artifact that might be their only hope.
All Reviews:
Mixed (35) - 60% of the 35 user reviews for this game are positive.
Release Date:
Developer:
Tuomo Laine
Publisher:
Tuomo's games
Tags
Popular user-defined tags for this product:
Dungeon Crawler PvE Action RPG Female Protagonist RPG 2D Cute Funny Lore-Rich Linear Story Rich Turn-Based Combat Casual Cartoony Colorful Hand-drawn Atmospheric Singleplayer Indie RPGMaker
+
Reviews
All Reviews:
Mixed (60% of 35) All Time 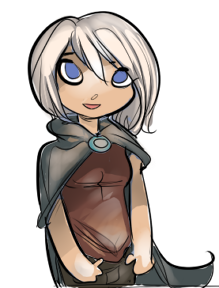