A fighting game designed from the ground up to be so easy to control that even non-fighting game players can play it, yet deep enough to play in tournaments. Vibrant graphics and excellent online play.
Recent Reviews:
Mixed (62) - 61% of the 62 user reviews in the last 30 days are positive.
All Reviews:
Mostly Positive (1,162) - 72% of the 1,162 user reviews for this game are positive.
Release Date:
Developer:
Sirlin Games
Publisher:
Sirlin Games
Popular user-defined tags for this product:
Free to Play 2D Fighter Fighting Competitive Indie PvP Multiplayer Local Multiplayer Singleplayer Casual Stylized Colorful Anime Arcade Fantasy Martial Arts Controller Action 3D Fast-Paced
+ 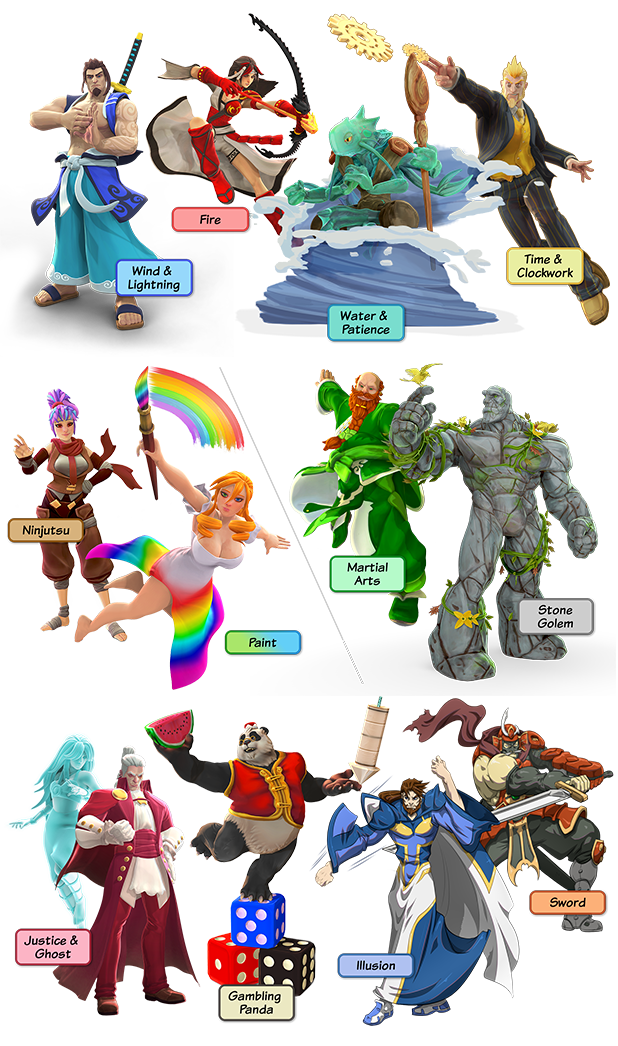 Stuff You Get For Free

• Excellent online play + cross-platform play. We are not aware of better networking tech in any other fighting game, and we're sorry about how that sounds. Custom implementation of GGPO networking technology. Cross-platform with both Nintendo Switch and PlayStation 4 version.
• Online quick match. Just pick a character, click ready, and you're playing online.
• Online ranked play. Pick a team of 3 characters in this team battle mode. You'll play a series best 3 out of 5 games where you get to play each of your characters in separate games, for maximum variety. This mode uses built-on-the-fly tournaments.
• One-click spectating. Click on any friend in your in-game friends list to watch them play and automatically follow them as they play more online games. That’s it!
• Daily Challenge. An endless survival mode that you can only play ONCE per day. See how you do compared everyone else that day.
• Practice mode. Includes dynamic frame data and frame-step features.
• Tutorial. A quick, 5-minute tutorial teaches you the basics of how the game works.
• Single Match vs AI. Pick your character and the AI's, then play a game. As much as you want!
• Spotlight Videos. Every character has their own spotlight video, a narrated tour by game director David Sirlin. Each video goes though that character's moves and what their general gameplan and strategy is about. 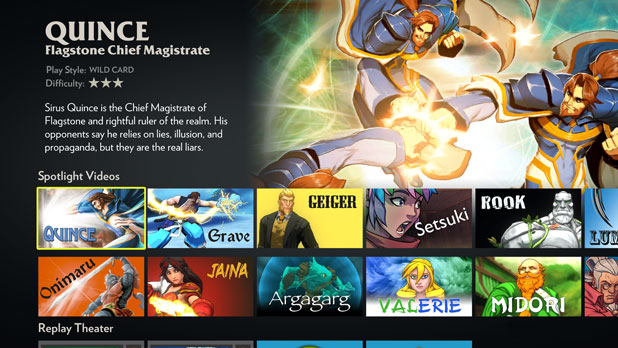 • Unique throw escape. To escape (normal) throws, simply let go of all your controls! You'll automatically "yomi" counter any throw attempt.
• Simple controls. All moves are done with a single button press so you can play with any controller.

If you're looking for even more, get the Core Pack for these additional modes:

• Boss Rush mode. Build a deck of powerups in this very crazy roguelike mode. Can you defeat all 8 of the increasingly powerful bosses?
• Arcade mode. With illustrated, voiced story intros and endings.

• Survival modes. How long can you last in these four sub-modes? Each is a rapid-fire series of opponents with no loading times between them. Opponents get stronger as you go and include Shadow Bosses.
• Local versus. Play standard 1v1 and also 3v3 team battle (each player picks 3 characters and plays a special best 3 out of 5 series).
• Friend Challenge. Directly challenge friends online to either standard 1v1 or 3v3 team battles. To play a friend, go to your in-game friends list and click on the crossed swords by any name to challenge them. (Or click on the eyeball to watch them play.) That’s it!