“This is a massive project and we want to get it right the first time with YOUR input! This is our first release on Steam and we value your opinions, advice and testing. Please check out the game and let us know what we can do to make it better!”

“We expect the first game Disruption to be in Early Access for 3-6 months. During that time we'll begin releasing another game every 2-3 months. We have several in various stages of completion.”

“AlterVerse: Disruption is the first in a series of games that will make up the AlterVerse. This game represents mankind's first foray into the unknown solar system called Solone. We will be working on an Adventure Quest mode over the coming weeks and we have plans to add an in-game PvP match making system. Several additional games are in the works that will eventually complete the Solone System.”

“There are 4 gameplay modes now. Altercation is where you learn where everything is on the ships, how to use the weapons, and how to fly the XR75 fighter ships. You can have PvP matches of various types. We often hold special events like Dog Fights and other tournaments as well. Starship Raider is a timed raiding DM hybrid where you land at the back-end of a Starship and must battle your way to the front to loot the treasury of the ship, then make your way back to base to score. You earn XP and in-game money we call Faces when you're successful. Free-For-All Brawl is a full on Deathmatch. Multiple weapon types are featured and the player with the most points at the end of the round wins. Alliance Wars is a co-op battle mode where you face off against other teams we call Alliances. There's a Public and Ranked version. You can challenge other players and other teams either on the website or via the in-game web browser. The game has built-in voice chat and a ton of other features you're not likely to find on other Early Access titles.”

“The game will start off in Early Access at a fairly low price as we add features and polish up the gameplay and graphics. Once we go to full release it will almost certainly sell for more.”

“We will be asking for your feedback and bug reporting every step of the way. Let us know where and how we can improve the gameplay and engagement. Early Access buyers will receive several in-game perks in appreciation for their participation!”
Read more

This is a multi-player, FPS, Deathmatch, team-based CTF, and Treasure looting Game.

Currently in alpha, we are proud to release our first game, Disruption.

5 Home Worlds and 10 Quest Levels in a variety of themes are also in development.

When complete, the AlterVerse will be a gaming and world-building multiverse, where users can play and create an infinite number of interconnected, Player Owned Worlds.

Players will soon be able to create multi-player games with no coding or art skills required.

Join us today and change your stars. This is the AlterVerse… 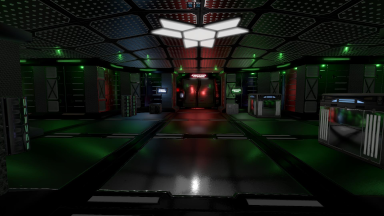 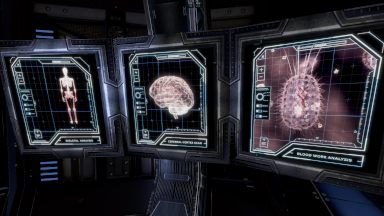