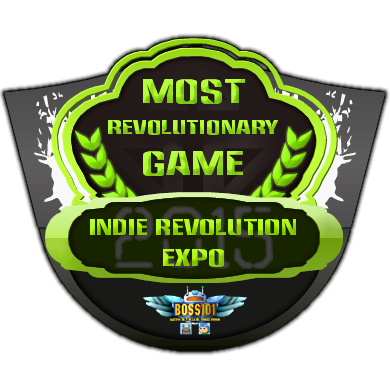 “Boss 101 couldn’t have come at a better time.... with its simple gameplay and great style, Boss 101 would have been a perfectly serviceable ‘light’ bullet hell shooter. The fact that it has endlessly diverse bosses and a huge wealth of bonus content is just gravy. I’m always happy to see developers attempting to revitalize genres and bring them to new audiences, and this is a perfect example of devs going above and beyond to deliver far more game than they needed to, aimed at a larger audience than I would have thought possible. Ra”
Daniel Weissenberger, Game Critics

“It can’t be said that Boss 101 is another me-too shmup in the vast ocean of them. It has an identity, and that identity is likable, and in a genre of samey entries, that distinction, when paired as it is here with competent gameplay, is worth the price of admission.”
Marc Golding, Honest Gamers

“It will be up to the player whether they feel up to fighting the particular boss they’ve created, as they can keep trying to make new ones until they find something they like, but players are given better rewards for beating especially challenging creations.”
Joel Couture, Silicon Era

Though we do support keyboard play we recommended using a controller for the best Boss 101 experience. We have tested Boss 101 with XBox style, PS4 and Steam controllers.

Boss 101 starts with your brother's request for an action packed birthday. Unfortunately he's in the hospital so it's up to you to bring him an unforgettable home movie.

From there you're off across the globe and galaxy looking to save the day and bring back awesome movie footage to your brother. As you travel you will be returning to your command center for rest, weapon upgrades, and research. Heck, you can even play arcade games and fly a kite if you like!

During your journey you will battle bosses you created with the Make-A-Boss generator. You engage in combat, chase and missions to recue baby robo-AI's from the clutches of the biggest baddie of all, the dreaded Boss 101. Game rounds reward the player with cash for upgrades, guns and hats, all of which help you fight tougher bosses.

That's not all because Max and STEVE aren't above commenting or outright sarcasm on their opponent's abilities. You will fight robot of all sorts - animals, samurai, aliens and DINOSAURS! You heard right! 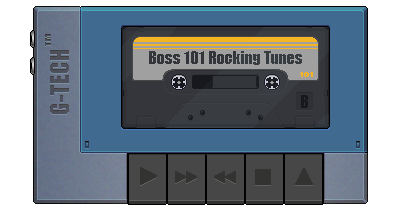 Bringing You our Best

Boss 101 is a project that took three people nearly three and a half years to create. We self funded and worked on it full time to bring you the best game we could with as few restrictions as possible. We appreciate all your support during this period.

We set out to bring you our best and want you to feel GREAT about purchasing Boss 101. Ideally you get a ton of enjoyment with the base game and perhaps enjoy the arcade games too! We packed it as full as we could so look around and see what you can find!

We've been asked about the release of Boss 101 in different languages and the short answer is yes, we would love to release it in as many languages as requested. We're a small team so for the main release we are targeting English. From there we will be looking to translate to the most requested languages.

If you're interested in helping us or just want to put in a request for a specific language please contact us directly via our website your request or info.

We are concentrating on the PC version for ship but we will look into Linux and Mac after our initial release. Like languages, we want to bring this to as many platforms as we can!

These are always welcome and we will do what we can to answer each one directly. Check out the forums here, the comment section or mail us directly! We would love to hear from you. (see below)

Questions are welcome in the comments section or contact us directly.

Thank you again for checking out our page!