Welcome to another Dirty Bomb update. In this one we're making a number of big changes and it's time for another make-over for Proxy.

Long story short, Fragment Cases will no longer drop after you complete matches.

Short story long, we know that many of you find the Fragment cases a little underwhelming when you earn them and they're added to your inventory, so we thought of a better way for you to earn Fragments in a bit of a more interesting way (Read the next section to find out what)

Psst. If you have any Fragment Cases in your inventory, don't worry! Those won't be going anywhere, so you can save them for the memories or open them at your leisure.

Enter the replacement for Fragment Cases! We've more than DOUBLED the drop rate of Loadout Cases at the end of matches so your Loadout Card earn rate will increase significantly. But how does this give you more Fragments? Well, if you decide to Recycle the cards you get from these cases you'll be earning a little more Fragments on average over time than you were before.

With this update we've also added your Fragment balance to the front-end menu so you always know how many you have. This should also help new and existing players get to know the Crafting system a bit more, making it easier to interact with and giving it more visibility.

Skydaddy brought home the bacon in the last update with his epic Obsidian overhaul, but now it's Proxy's turn to bring home a bigger piece of bacon (and hopefully a better metaphor).

When trying to describe this Obsidian it's difficult to not use words like "f*****g awesome", "holy s**t" and "very nice". But don't take it from me, check it out in game! 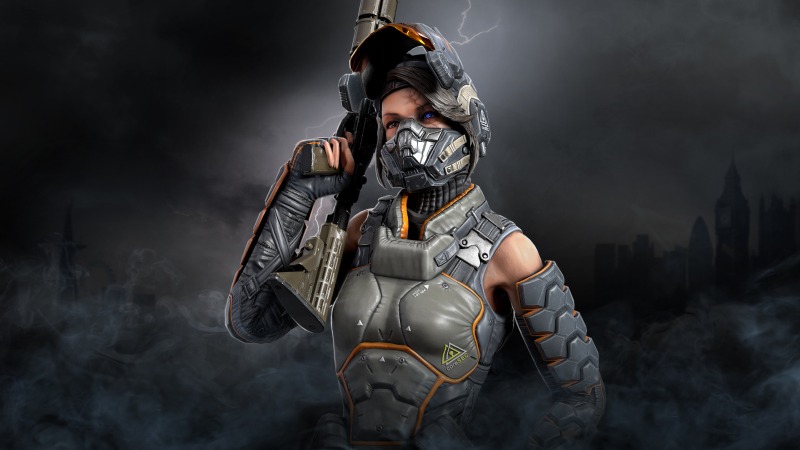 
Want to chat about it some more? Head on over to the official forums, or check out our social channels.

Dirty Bomb takes first person shooters back to their purest roots in a fast-paced team game that will challenge even the most competent players. This game won’t hold your hand, in fact it is more likely to kick your teeth in. With no controller support or aim assist, all that lies between you and certain death is player skill and reaction. Work together or die alone in the most challenging team-based FPS.

A string of 'dirty bomb' attacks cripple London, leaving the Central Disaster Authority to restore it. When criminal syndicate Jackal begin disrupting and stealing their technology, the capital is thrown into chaos as mercenaries from across the globe are hired by both sides.

That's where you come in. After all, what’s a little radiation sickness when there’s money to be made?