Awards
Awards
Check out the entire Anodyne Franchise on Steam

"Anodyne’s puzzles are old-school in the best way, requiring NES-era logic and reasoning skills [...] The stirring, thoughtful narrative saves the experience. At its core, Anodyne is about alienation from the real world, particularly for gamers."
Polygon

"Anodyne can be as funny and charming as Link’s Awakening on occasion, but the overall tone is one of unease, with a subtle malevolence – the ‘something seems a bit off here’ factor – reminiscent of the indie horror Lone Survivor. Meaning is elusive, but themes and motifs soon begin to take form, in a game that feels increasingly personal the more you burrow into it."
PC Gamer - 84/100

In this unique Zelda-lite game, explore and fight your way through surreal and creepy, nature, urban and abstract themed areas in the human Young's subconscious, evoked by a 16-bit-era visual style and a moody, dream-like soundtrack. Talk to bizarre characters and survive through Game Boy-styled dungeons, while hunting down mysterious keys and cards that will allow you to dive deeper into the dream world. 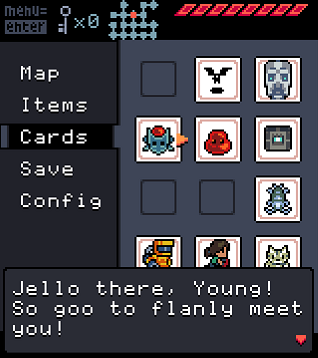 (Please note: Achievements may not work on the Mac OSX version. Sorry!)

Low-res pixel art (like in the style of the screenshots of): Suicide by hanging, mild horror, murder by blunt objects, dead bodies, stabbing, blood stains, mentions of sex, unexpected killing of an NPC. Rare strong language. Note this isn't representative of the majority of the game, but it is unavoidable.

111 Curators have reviewed this product. Click here to see them.