Backrooms: Escape Together
Developer
Triiodide Studios
Publisher
Triiodide Studios
Backrooms: Escape Together is a 1-6 player coop horror experience. You are at the mercy of the entities lurking and must do whatever it takes to survive while completing each level's objectives. Multiple new levels will be added each month as we develop the true Backrooms experience.
Recent Reviews:
Mostly Positive (108) - 75% of the 108 user reviews in the last 30 days are positive.
All Reviews:
Very Positive (816) - 81% of the 816 user reviews for this game are positive.
Release Date:
Developer:
Triiodide Studios
Publisher:
Triiodide Studios
Tags
Popular user-defined tags for this product:
Mystery Multiplayer Psychological Horror Survival Horror Horror Atmospheric Early Access Realistic Procedural Generation Online Co-Op First-Person Casual Adventure Action Co-op Exploration 3D Singleplayer Action-Adventure Sci-fi
+
Reviews
All Reviews:
Very Positive (81% of 816) All Time
Recent Reviews:
Mostly Positive (75% of 108) Recent 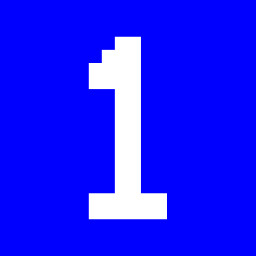 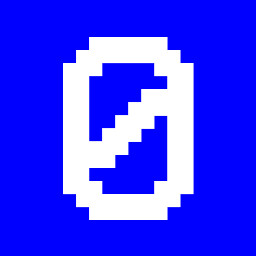 “We believe Backrooms: Escape Together can become a truly unique project that redefines horror experiences. In order to achieve that goal, we think it's necessary to have the player's feedback woven into the game's core.
Early access is an opportunity for anyone who buys it now to shape the game's future while being treated with frequent large updates.
Our philosophy is instead of spending years designing levels and polishing them, it makes a lot more sense to release the levels incrementally, letting the community vote on what comes next.”

“Our plan is to be in early access for around a year. But as with all things, it will come out when we feel like we have achieved our goal of providing the true Backrooms experience.”

“You will be the main driver of this game. We will be actively listening and polling our Discord members for planning future updates.
That being said, we do have a few goals we would like to highlight.

Above all, the main goal will be to provide the true Backrooms experience. We want players to get lost in the levels and be truly immersed.”

“The current state of the Early Acess is a fully playable, fun, and (mostly) bug-free game. The early access represents countless hours of our hard work and we would only ship a game that we would be eager to play ourselves and with friends. That being said, there will be some lacking features, most notably levels. Though we plan to deliver polished new levels multiple times per month.

As of release, we have two levels currently (Levels 0 and 1) You can either play single-player or multiplayer. Level 0's current goal is to complete a set of objectives in order to escape. Objectives include recording entities and landmarks, gathering data on the backrooms, and collecting VHS tapes for evidence. See the About This section for some more details on what to expect in Level 0.”

“With our commitment to constantly improving the game, we plan to gradually raise the price as we ship new content and features.”

“Community feedback will be paramount to our early access journey. We intend to listen very closely to players on social media. Mainly our Steam page and Discord server!”

As a team of researchers, you are sent into the Backrooms to gather more info on the liminal labyrinth. However, after completing your research duties, an elevator malfunction sends you plummeting into the heart of the most dangerous levels, leaving you with the only objective of escape and survival.

Currently, Levels 0 and 1 are the only playable levels. Level 0 being an introduction, your team is tasked with various research objectives. These can include recording entities and landmarks, gathering data on the backrooms, and collecting VHS tapes for evidence.

Built in Unreal Engine 5, Backrooms: Escape Together will be the first to truly capture the essence of the Backrooms. Levels will be procedurally generated, dynamically lit with stunning quality, and packed with detail. Levels will be added constantly through early access as we grow the game into the true Backrooms experience.

Next-gen graphics, procedurally generated levels, handcrafted sound, and gameplay built to immerse the player will make you feel as if you are really a lost wander, stuck in the Backrooms.

Using advanced algorithms, every level is procedurally generated and completely random. Each level will also harbor multiple unique random events that will add caveats to each play-through. Every experience will be different offering endless replayability.