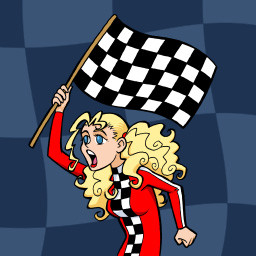 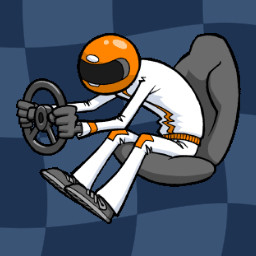 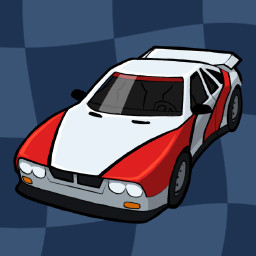 “It's all sorts of awesome”
RetroGamerDaz

Rush Rush Rally Reloaded is a fast-paced racing game in the classic top-down style. It is an upgraded version of Rush Rush Rally Racing, which was first released on the Dreamcast and promptly sold out.

The fast-paced gameplay with precise "twitch controls" provides an intense experience for up to 4 players.

3 single-player modes
Grand Prix mode: Enter a series of increasingly challenging races. The 10+ tracks offer a variety of twists - not only in terms of road layout, but also with crossing cattle and other obstacles, jumpable ramps, shortcuts, and driving in the dark of night. This mode features multiple endings, depending on how well you played.

Time Attack: Practice all the tracks that you have unlocked in the other game modes. Complete multiple laps to see a "ghost" of your best attempt, and race against yourself.

Challenge mode: try to get enough distance between yourself and the CPU-controlled challenger to force them off the screen. But beware! As you leave your rival behind, you will be able to see less of the road ahead. Can you defeat all 4 challengers?

Versus: Race against your friends in this split-screen mode. Supports 2 to 4 players.

Item Mode: Like Versus mode, but with a lot more mayhem. Pick up various items that enable you to shoot your opponents, drop oil slicks on the road, and more.

Get Ahead: Try to get enough distance between yourself and your friend to force them off the screen. But beware! As you leave them behind, you will be able to see less of the road ahead. Supports 2 players.

Spectators can be run over in this game, resulting in some tiny pixeled blood splat.