Adventures at the North Pole 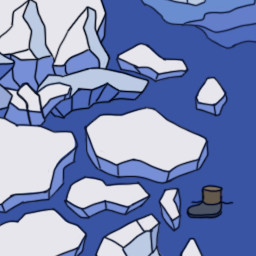 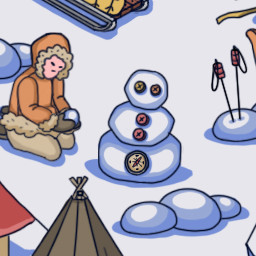 “Early access is important to us as a place where players can influence the game. At the moment, a preview version with one storyline is available. What do we want to know from the players? - The speed of narration and disclosure of the story.- Convenience of designed game controls.- Opinion about the visual style of the game.
Your questions and suggestions can be written in the comments on the Steam game page, as well as https://www.facebook.com/gaming/DnovelGames and https://vk.com/dnovel Your opinion is very important to us!”
Read more

Buy Adventures at the North Pole

In this hidden object game, you will have to follow in the footsteps of a vanished polar expedition. Look for snow-covered tracks, collect evidence at the site of abandoned parking lots, communicate with Eskimo leaders and shamans, and find out what happened to the ship "Silent", its crew and captain.

The Age Of Great Polar Exploration. The Arctic is the last white spot on the world map, expeditions are sent one after another. In the most difficult conditions, the brave men penetrate deeper into the realm of eternal cold. They go into the ice for years, left to themselves, without the opportunity to send a message to the Mainland and forced to rely only on their own strength. When the expedition successfully returns to its homeland, its participants become national heroes. But this does not always happen. Sometimes ships disappear forever among the endless ice and the fate of their teams remains unknown sometimes for many decades.

"The north pole adventure" is a hidden object game. In it, you will lead a search party following in the footsteps of the disappeared polar expedition. Look for snow-covered tracks, collect evidence at the site of abandoned parking lots, communicate with Eskimo leaders and shamans, and find out what happened to the ship "Silent", its crew and captain.

You are waiting for:

If you play, dress up warmer!