This content requires the base game Vagrus - The Riven Realms on Steam in order to play.

This content requires the base game Vagrus - The Riven Realms on Steam in order to play.

The first free DLC for Vagrus features a new Companion for recruitment: the esteemed Undead chef called Vorax. Ready to fulfill the Deputy role of Supercargo, Vorax comes with an extensive loyalty questline as well as unique skills and abilities. Easy-going and jovial, the weird cook is a useful addition to any comitatus. 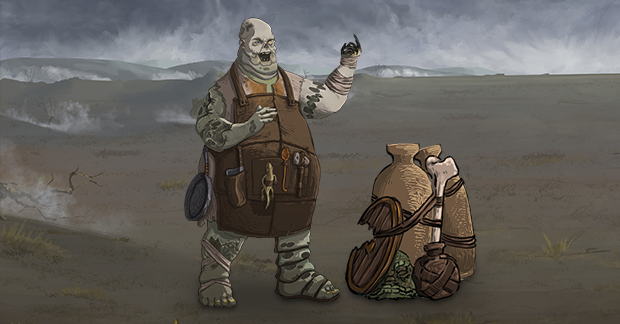 Vorax woke up one day in this bloated unliving form with no memory whatsoever of who he was. Unlike most Undead, his will is free, unbeholden to the will of dark magicians, so apparently, he is free to forge his own fate. Vorax craves food all the time even though his decaying innards cannot digest it and in truth, he cannot taste it. Using this affinity, however, he taught himself to be a chef and over the long years, he has become a quartermaster serving under vagri such as the player.

Some are suspicious that beneath his outward geniality a darker core resides, but Vorax pays little mind to such rumors. Always jovial and often garrulous, he seems only to long for good food and a good story around the campfire. 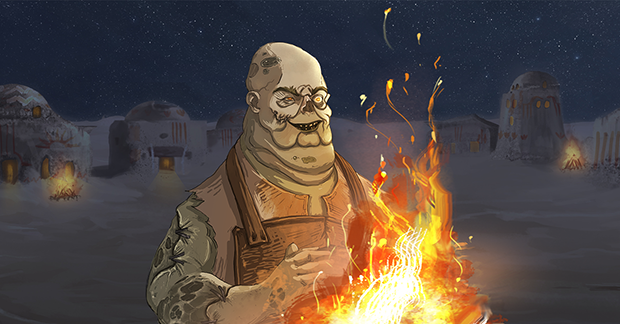 This rotting fellow’s cooking skills and exceptionally sharp mind make him a great quartermaster, a particularly useful perk for any comitatus. Not only is he a Supercargo, Vorax can help prepare a nice selection of meals to invigorate your comitatus – a great boon for any vagrus worth their salt. Just make sure you have the right ingredients on hand – preparing sublime feasts in the wasteland is no small feat, even for Vorax.

Although his main role is not a combat-oriented one, Vorax can stand his ground when it comes to fighting. With his unique abilities, Vorax is best utilized as a support combatant, obstructing enemies and sowing chaos in their formation with great efficiency. That said, he is also surprisingly sturdy.