“I wanted to let everyone play at this point and get feedback to adjust the difficulty level.”

“Difficulty of levels will be adjusted fully and bugs of multi-player mode will be fixed.”

“Eighteen training levels and four battle levels are available.
A multiplayer mode is implemented, but with the following problems
- The connectivity of many players has not been fully tested.
- Sometimes it is not possible to kick or mute other players after leaving the lobby.”

“Pricing will remain free after release.
However, if there are big changes, this might be paid one.”

“I will communicate with users via Steam forums or Twitter.”

Tick Tack Puppet is a 2D action game featuring a strange control system in which the mouse is used to control limbs and time moves slowly while the mouse is not being used.

Feature1: Control limbs with the mouse 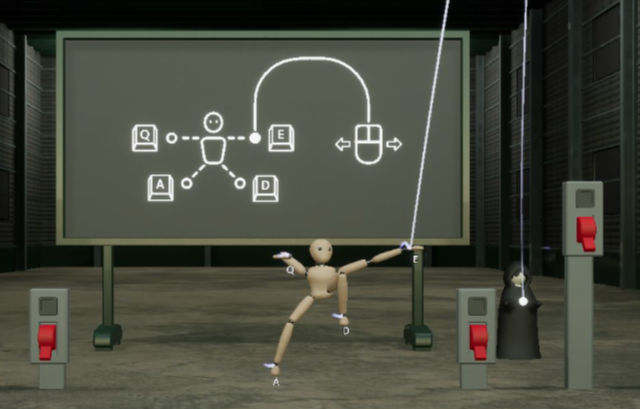 Only one hand or one foot can be moved at a time. Press the key assigned to each limb to switch the limb to be controlled.

Time slows down while the puppet's limbs are not moving.
While time moves slowly, think about strategies such as how to avoid enemy attacks and in what order to defeat enemies.

Four players can control one puppet.
One player controls one limb. Let’s communicate with each other and move the puppet well.