“Your comments and feedbacks will move theBootCamp forward!
All I want to get from Early Access stage is to get motivated from what you say about the current levels and targets and find out what can make this game more attractive and fun.”

“We plan to implement Steam's Online Services like Achievements and High scores alongside with gameplay improvements based on feedback you send.”

“You can simply go to About This Section to see the current implemented gameplay.”

“Every single note you send to me creates a role in my game's future.
Feel free to leave your thoughts on feedback form on official website:
https://games.luckygene.com
I've already got so much feedback through social media like LinkedIn and implemented them in the game and the next step is to give this game to actual Steam Players so I can get their opinions too.”

Enter theBootCamp, and get into cleaning Cyberious City from dark businesses and criminals.
Your mission in "theBootCamp: Cyberious" is to claim certain places of town and keep holding them to get points. You'll play in a team against other teams and each one to reach the goal number of points wins the game.
This project is inspired by the popular game Monopoly. In this game, you will start earning money by occupying the specified places, and with the passage of time and completing various missions, you will increase your income to reach the points required to win.

Each player in the city has his own role and does what is expert at. For example, a team member does a mission (such as defusing a bomb), Several people defend the occupied area from the attack of the opposing team, Two or three people will attack the enemy camp and the other members will look for other places to earn more money. And this whole story is only related to one of the game modes...! 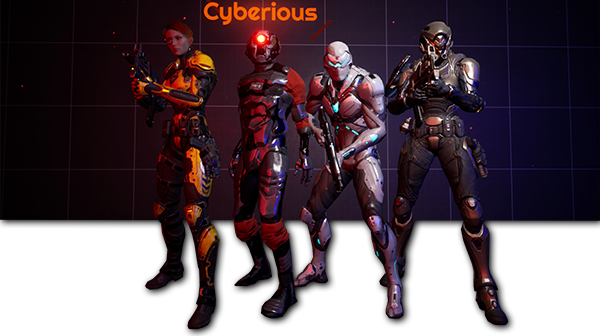