The world is in turmoil.

Living off their riches, the old empires have grown complacent, their established world order cannot contain the rising ambitions of new powers. Is it foolhardy to challenge the imperial armies backed by overflowing state coffers? Maybe, but glory and fame await those who show no fear. 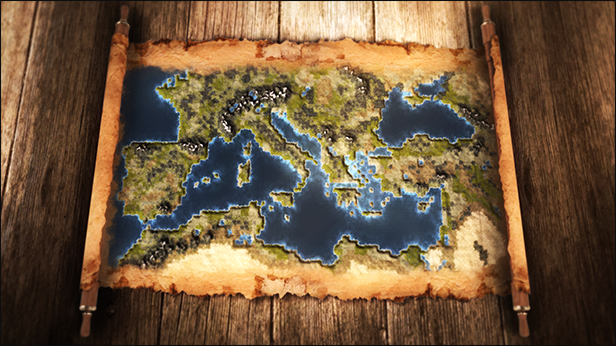 Choose from 25 playable factions and try different gameplay styles on a huge map with 5000 tiles.
Enjoy an easy start with Carthage, Ptolemaic or Seleucid Empire whose vast kingdoms are supported by functional economies and strong armies. Test your leadership skills as Antigonus, Lysimachus or Hellas, deal with ambitious neighbours and revolts in their own lands. Accept a challenge and play as Etruscans, Romans or Samnites - small states embroiled in decades long wars. Dive into an extra hard game with a battle cry on your lips as the leader of one of the nomadic or semi-nomadic tribes whose very survival is at stake.

That's not all, though. Apart from 25 playable factions, the scenario offers a number of migrating tribes eager to create their own kingdoms and win their own place in the sun.

The independent nomadic people living on the outskirts of the civilized world are but a nuisance to the existing kingdoms. They defend their settlements and the right to a good life with unrelenting ferocity, thus being a limiting factor to the expansion efforts of the established states.

Seemingly without a unified government, the individual groups belonging to one tribe move and act uniformly. They don’t just roam uninhabited lands aimlessly; they move in waves towards regions where they plan to settle. Depending on the strength and distances between the individual nomadic groups, they can form independent kingdoms and so become a new player on the political landscape.
No state can ignore the tribes on their borders, they must be accounted for.

As a ruler you control most of what is happening within the borders of your empire, however the favor of the gods should not be taken for granted. You must be prepared to deal with events beyond your control that can have devastating effects.

Natural disasters, diseases or social unrest are destructive and always disruptive. The way they spread from their source will be more sophisticated. They will spread slowly and logically imitating such events in a more realistic fashion. This should allow you to react and take whatever precautions you deem necessary. However, a failure to act in time could allow a small flame to turn into an all consuming fire, threatening the very survival of the ruling house and maybe the empire. 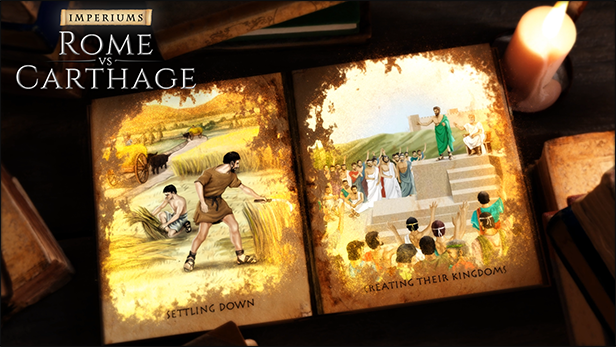 Although we strive for maximum historical authenticity, once you enter the game, you create an alternate history where timings and locations of events can vary. The AI adjusts to these new developments, but it can also channel events into flows that simulate those that took place historically.

We plan to implement a number of events inspired by historical scenarios. As the game proceeds, they should follow as logical outcomes to the current status, triggered when certain conditions are met.

Everything has consequences, even small acts of kindness or hostility.

You have just taken the throne and are getting acquainted with the political, economic and military situation of your country. Your predecessors left you a number of short and mid-term objectives designed to guide you through the initial stages of your rule. You can choose your own path but the advice of the elders should not be ignored completely.

You will be prompted to choose from the list of available objectives one that you promise to complete. Rewards are always granted on completion and penalties incurred for failure.

Listen to the voices of your ancestors and follow their wise guidance.