“Hunt-or-Haunt is a multiplayer online party game, where asymmetrical teams compete in myriad creative tests of skill and strategy. In the hopes of perfecting a party game that is easy to learn, runs smoothly and keeps players engaged, we welcome and appreciate each player’s valuable feedback and suggestions. Through our improvements and interactions with players, we hope to build Hunt-or-Haunt into an excellent game.”

“We plan at least three months of Early Access, though it may last longer depending on the status of production and player feedback.”

“Hunt-or-Haunt is divided into two camps: Hunters and Haunts. We anticipate the addition of different character classes for each team in the official version, whose various skills and abilities will further add to the fun and longevity of the game.

We also plan to add character skins and new maps to the official version. While doing so, we will be optimizing the core gameplay, experimenting with new game modes, and making the matchmakng system as convenient as possible.”

“The Early Access version currently offers a playable online battle mode that showcases the core game mechanics, a complete map, and the main characters of the two camps. Players will have the options to change character names and colors, and record gameplay statistics.”

“The price of the game will increase slightly after leaving Early Access, however we will continue to update the game with new content and features post-launch.”

“In addition to monitoring Steam comments, The development team has established multiple channels such as Fider, a Discord server, and Facebook fan page, where players can directly share feedback and suggestions with the dev team. The development team will be keeping a close eye on these channels and will respond to players, conduct live broadcasts, and interact with players in real time to discuss the content of Hunt-or-Haunt.” 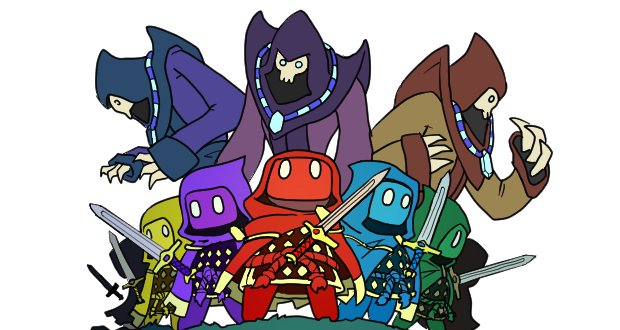 A team of ghost hunters has been dispatched to rid the land of evil spirits, but the haunts won’t leave without a fight! Play as a member of either the Hunters or Haunts in 6-12 player online matches, using teamwork and your unique abilities to defeat your opponents!

Hunt or Haunt is designed to be a party game, so grab some friends and share the joys of jolly cooperation, or the thrills of trickery and betrayal!

Armed with superior numbers and the power to detect and expose their invisible foes, Hunters work together to chase down and defeat the Haunts.

Lurking in the shadows and often outnumbered, Haunts make use of stealth, trickery and sabotage to evade, confuse and capture Hunters.

Through strategic use of the map and your abilities, you can bait opponents into ambushes, pull-off narrow getaways, and turn the tide of battle in your favor! Will the Hunters exorcise their spectral nemeses, or will the hunters become the haunted?