“We believe the game can truly benefit from community feedback early on. So instead of spending several years working on the game behind closed doors, we want to go on a journey with our players to create the best game we can.”

“We anticipate the game to be in Early Access development until Early/Mid 2025, however, this may change depending on the amount of additional content added as we expand the game beyond the initial release.”

“We aim to add new exhibits, events, lore, and other content ideas from the community.”

“We’re focusing on creating a stable build that showcases 3 exhibits with a variety of events. The content will be playable with up to 4 players and offers replayability with randomly mixed events.”

“It is likely that we will incrementally increase the price throughout Early Access to reflect new content being added to the game.”

“We want to encourage our community to share feedback and suggestions to help improve the game, as well as explore what exciting new features we could add in the future. Join our Discord server or Steam Discussions to take part in the conversation!”
Read more
This game is not yet available on Steam

Join in the conversation and get updates about Macabre Museum!

Macabre Museum is a 1-4 player co-op adventure horror game. It’s late in the evening and the museum has closed. Play as one of four characters: an archaeologist, influencer, private investigator, and journalist who have all been locked in. Trapped together, you must navigate a terrifying tour through time as you venture into the now living exhibits, discover secrets from the past, and find a way to escape before you become ancient history.

Open doors to new worlds in a place where the exhibitions are deadly.

Join a group of up to 4 players and keep your wits about you as you traverse through the rapidly changing environments of the museum.
Defend yourself against both man and monster; picking up tools, weapons, and items along the way. Unlock new skills, heighten your chances of survival, and escape the growing nightmare inside.

From historic environments to the museum's claustrophobic halls, you never know what challenge or terror lurks around the corner.

Overcome the myriad of conundrums and puzzles that the museum thrusts upon you; unlocking new locations, gaining access to hidden areas, and discovering the motivations of the powers that be, as well as the stories left behind by those who came before.

Find your way through time and history as you visit scorching sands in Egyptian deserts, lush forests and overgrown Mesoamerican temples, trapped corridors of a Medieval castle under Siege, or the winding and twisting passages of a Grecian labyrinth.

Each playthrough is a new and terrifying story as you step into a different randomised combination of events.

Can YOU survive the night at the Macabre Museum? 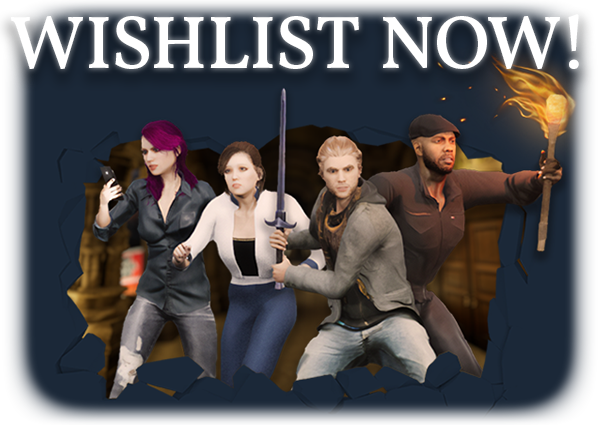