Us Against Aliens
Developer
PancakeGames
Publisher
PancakeGames
Us Against Aliens is a survival shooter game on a spaceship that flies towards Earth. On the ship, something is constantly happening and you need to solve these problems along the way by shooting back from aliens who are constantly hunting you
All Reviews:
2 user reviews - Need more user reviews to generate a score
Release Date:
Developer:
PancakeGames
Publisher:
PancakeGames
Tags
Popular user-defined tags for this product:
Action-Adventure FPS Third-Person Shooter Aliens Space Survival PvP Third Person First-Person Old School Cartoony Stylized Shooter 3D Hand-drawn Action Futuristic Mars Sci-fi Retro
+
Reviews
All Reviews:
2 user reviews () All Time 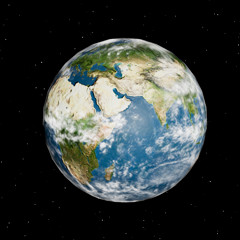 Buy Us Against Aliens

You were a scientist on a space exploration expedition studying black hole anomalies. During your research, you encountered an alien life form. And the aliens were absolutely hostile. They destroyed everything they saw and there could be no negotiations. Soon, aliens attacked a remote planet where mining was carried out. So it became clear that the business would not end with one research station. Later it became known that the aliens had destroyed several military groups who had arrived to defend the base. Soon there was a signal that not far from you there is a small ship that will take away the surviving members of the expedition. You were taken from the station, but along with you, the aliens made their way onto the ship. The ship is heading straight for Earth ...

Us Against Aliens is a survival first / third person shooter game on a spaceship that flies towards Earth. You are the only one left from the crew on this ship and something is constantly happening on it, the oxygen supply system will break down, the engine will overheat, the electricity will turn off and much more. And you need to solve these problems by constantly moving to the place of failure. In this case, the main danger is aliens who constantly penetrate the spaceship and they hunt you all the time. But having reached the weapon room, you can always choose your own weapon and replenish your ammunition.

In multiplayer, you can choose the side of the conflict. Playing as people, you can use various ranged weapons and also use first-aid kits. Playing as aliens, you will mainly fight in close combat. But you have invisible camouflage. You can also spit spores that cling to a person's head, depriving him of the ability to aim normally and after a while the spore will kill its wearer.