“Deluge: Threnody of Crashing Waves has been a passion project of ours for over a year now. What started as some character sketches and a rough draft of the plot, is gradually growing more concrete. The game is currently at a state where we believe it is fun to play and representative of the final vision we have in mind. Furthermore we are releasing this game in Early Access because we know from experience that user feedback is instrumental for the quality of the completed game.”

“We are planning to keep Deluge in early access for approximately five months. We are currently on track to release the full version of this game in Summer 2022. Any delays will be communicated in a timely manner.”

“We plan to add the following to the final version of Deluge: an two chapters of story, additional character artworks, cg artworks, backgrounds, and settings, an expanded score. Besides this we plan for the full version to incorporate all user feedback on matters such as gameplay and UI that we receive while the game is in Early Access”

“At it's current state the game consists of six chapters, including two ending routes, for around 6-12 hours of gameplay. All features of the game that we have released (ie. character artwork, backgrounds, writing, scripting, UI) are in a stable state and have been well-tested. However, all these features have room for further development and improvement.”

“We plan to keep Deluge free when we leave early access.”

“We are very eager to receive your feedback via the Community Portal for the game and via e-mail. We will provide periodical updates regarding the feedback we receive and the features they inspire in the game.”
Read more

The grapes of wrath have finally ripened — their vines bring forth an intoxicating fruit.

Abe never chose to come to Abbotsford. The village glows in a rural backwardness that fills him with a lingering dread. Soon however, things begin to look up, as he is hired as a delivery boy by Ina, the headstrong editor-in-chief of the school paper.

Before long Abe and Ina begin to uncover unsettling details about the island's past, including the mysterious evacuation of over half its populace. Gradually, they become caught up in an intricate web of political corruption, organized crime, and a highly secretive local church.

Deluge: Threnody of Crashing Waves is a mysterious visual novel with psychological and lovecraftian undertones. 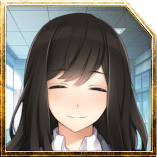 The Leviathan must feel melancholy, coiling all alone through endless depths.

Descending from a long line of reformed preachers, Rika is well grounded both socially and spiritually. Lately, however, she has become captivated by an intense longing for the sea. Her father is the leader of the secretive Kuyper faction in the Abbotsford city council. 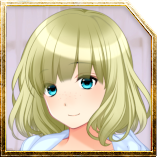 Put your hand on these stones. Can you feel their calming warmth?

Mei doesn't go to school. She can often be found wandering among the giant megaliths that where erected on the island during the late Neolithic. Recently she's been having nightmares about her little brother. 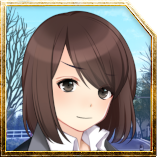 Ina is strong headed and determined. Having recently taken over as chief editor of the Sunday Abbot, she is dedicated to turn the nameless tabloid into a beacon of investigative journalism. Soon however, her inquiry into local political affairs stirs up a force that is better left untouched.

Deluge: Threnody of Crashing Waves is an interactive visual novel. By developing your relationship with the main protagonists, the player can unlock that character's ending route. Deluge is currently out in early access, with 4 out of 6 endings implemented. The full release is planned for Summer 2022.

This game contains themes and images that may be considered objectionable or frightening by some players.