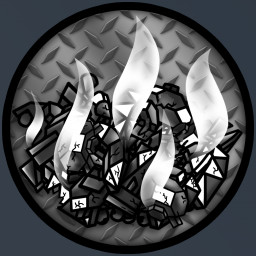 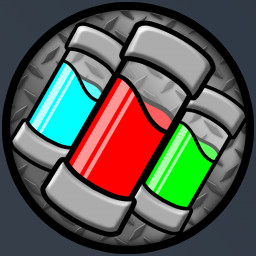 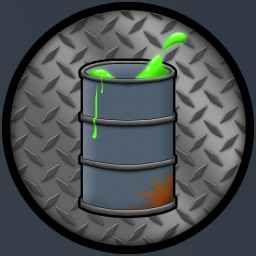 “To get the concept into people's hands and receive as much feedback as possible! We want to make it as fun as it can be and are open to everyone's thoughts about it.”

“Until about mid-2022. We've packed in a lot of content so far and are excited to fully release, but not until it's as bug-free as possible and a blast to play!”

“Any additions, removals or tweaks suggested by players during Early Access will be considered and implemented if it'll make the game even more awesome! We'll continue to add purchasable content, refine and add new features along the way.”

“PVP, co-op and solo play with plenty of customization options. There should be plenty to hold your attention until the official release!”

“Through whatever means necessary! We're always open to feedback through Steam discussions and reviews, as well as our Discord server. We welcome anything that'll help us make the game more awesome!”
Read more

NRG is a fun new take on fixed screen shooters. The game places you in a revolving platform arena which gives you a full view of the entire map while you run around and try to eliminate your adversaries. Make sure your parkour skills are sharp though because you’ll need them to get on top of the leaderboard!

See everything, everywhere, all at once! With a wider view than an airplane window directly over the wing, you can see the entire stage the whole time, giving you the option to engage with your opponents or keep your distance and collect energy. If you have nothing else to do though, feel free to take a look at the beautiful scenery as you gander around.

He Was Number One!

Ranked and Unranked matches are available for you to choose from. Feel like taking over the game? Join a Ranked match and put your skills to the test against the best! Did you like that rhyme? I liked that rhyme but I feel li- *cough* anyways… Don’t want to sweat too much because you’re out of deodorant? Then join an Unranked match to just chill out and have fun! We want you to play the game however you want, so if your dad asks “are ya winning son?” you always say yes!

Don’t let their cuteness fool you. These little drones pack quite the punch! Try to see how long you can survive against a Zombots invasion in the offline gamemode for single players. The longer you survive, the more points you rack up, and the higher on the leaderboard you get! So what do you say? Want to give it a try?

Feeling like you’re not the main character yet? Then hop into Targets mode in our solo menu and get your montage going! Want everyone else to know how powerful you’ve gotten? Then try to get the most points possible to place yourself on top of the leaderboard! Keep an eye on the clock though as you only have a limited amount of time to show your worth. So make sure every shot counts!

In A Taunting Mood?

With hilarious finishers such as the T-pose we all know and love, you can execute your enemy in whatever style you choose. With so many selections it outdoes your mom's shoe closet, you can rest assured your foe will remember your name when you end their reign in game! Charge up on energy by collecting it around the map, or taunt to bring it up. Then slam it down on your opponent in dramatic fashion for a big reward. Careful though, because while doing either you’ll be vulnerable to attacks, so play smart and don’t get caught!

What’s the point of having your very own little robot dude if you can’t make him look exactly how you want? From hats, shoes, and everything in-between, we want you to have the freedom to make your character unique. Expect consistent updates within the store menu that includes more items and animations for you to pick from!

What Are You Doing?

DON’T JUST SIT THERE STARING AT THE DESCRIPTION! JOIN THE FUN TODAY!

Be awesome to each other.