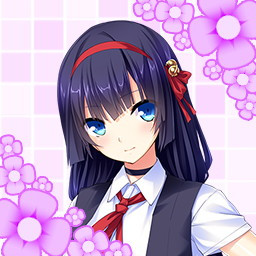 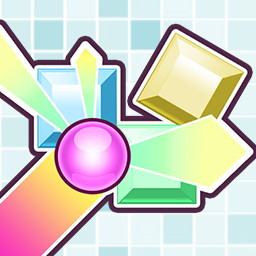 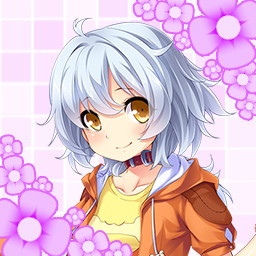 Striking the ball at the right time, breaking blocks and collecting costumes of cute girls with animal features!
A battling action-type breakout game that hits, hits, and hits back!

Depending on the stage, enemies will appear and shoot attack bullets, but aggressively hit back the bullets, destroy blocks and defeat the enemies to aim for the high score!
There are more than 20 different character costumes and stages to choose from!

■ Use batting action to hit the ball back and break the blocks!

Pretty Girls Breakout! features batting action!
Hitting the ball back at the right time will result in a smash, which will accelerate the ball and increase the damage it does to the block!
In addition, a series of smashes will give you a hit bonus that further increases the speed and power of the ball.
In some stages, enemies will appear and fire attack bullets at you, but you can bat the bullets back at them and damage the enemies and blocks!
Use your smash, which can do a lot of damage, to break blocks, kill enemies, and aim for a high score!

■ Know the different types of blocks and their characteristics, and strategize to conquer them!

"Pretty Girls Breakout!" comes with five different types of blocks, each with different characteristics.
Some of the indestructible blocks rotate the bar to hit the ball back, while others will fire enemy bullets from their turrets. The player's strategy and technique are the keys to success!
Also, by breaking the blocks that contain items, you will get a chance to get various power-up items.

■ Use the effects of the items to your advantage and break the blocks!

When you break a block, an item with various temporary effects will appear.
It assists the player by slowing down the ball's movement speed and preventing it from falling through the barrier.
In addition, the power to break blocks is enhanced by adding more balls, firing attack bullets, and destroying the surroundings of the block they land on.
Use the effects of the items to your advantage and conquer the stage!

■ Clear the stages and collect the cute costumes!

・ AOI
A dog yokai. Aoi is a dog demon with a cheerful, energetic, and pure personality, and is loved as a mascot.
・ NAZUNA
A raccoon dog yokai. She has a fast-paced personality and is intelligent, but she is not good at sports.
・ SUMIRE
The fox yokai. She is a kind older sister who brings everyone together, but she has a habit of making people upset and teasing them.
・ TSUBAKI
Cat yokai. She has a serious and firm personality, but she is a Tsundere who is often lax in her judgment.
・ CHERELA
Daughter of the cat race. She has a strong personality, but she also has a sweet side when she is with someone she trusts.
・ PRIMINA
Daughter of the dog race. She is gentle and obedient, and is as innocent as a dog
・ LATY
Canine beastman. She is gentle, calm, and maternal.

* Bishoujo characters are officially licensed and used.
* All the characters appearing in this game are over 18 years old.