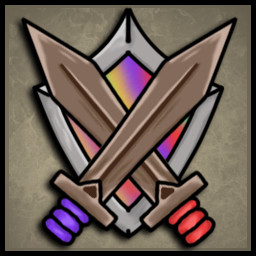 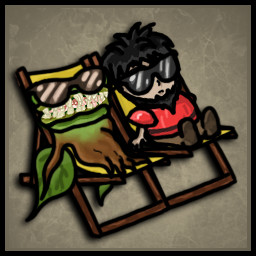 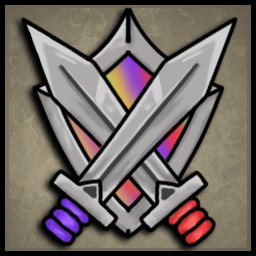 Hello everyone, it's been a while since our last Update and we are happy to finally bring all these changes to you.
Besides many new features like the new hero Ion and daily quests, there are also many bug fixes, visuals improvements and better performance!
Sadly we had to reset the user progress due to the patch. As compensation every user gets 150 gems after the first login till the next week.
We hope you all like this Update, enjoy!

The last mission of grassland is now playable in this version! When you finished this mission, you can play a new hero: Ion!
Ion has mastered the magic around lightning. With his strong ranged attacks, no enemy is save from him!

When something important happens, a notification will pop up on the left side.
You can click on the text to move directly where that event took place

Mission goals are now shown in every mission. When you play the mission on easy, you get additional tipps on how to win the mission

There is a new Item coming in 3 sizes: Experience Potions. They can be used in the profile window to level up your hero.
The amount of experience is increased with the size of the Potion

Before every unit had a armor value presented as percentage. This could cause to some .. unwished moments where you level up your hero's armor up to 70% and get under a tower additional 30% armor, reaching 100% armor and being invincible.
Therefore instead of a percentage calculation, everyone has a flat value. In the new calculation, the damage reduction can never reach zero. Therefore stacking up armor is still effective, but loses efficience the higher it goes.
Additionally we nerved archer a little to be more balanced

The Monster was kinda weak and boring, so we made him more .. agressive! When he kills a unit, he turns into a rampage! He gets faster at killing everything and there is no way to stop him! So you better don't get close.
When his rampage stopps, he will directly move back to his main location.
The monster also won't take a break on a cliff and look into the sea anymore. He will find a new position quicker than before

The archery was really basic and could lead to confusion, that the archers in the building were already spawned units.
To reduce confusion and add more details the archery got a rework.
The stronghold got some features added, too

With new ways of getting gold and gems, we also adjusted all prices and rewards.
Also the "Strength" and "Defense" Potion are no longer purchased with gems but with gold

When you don't have enough gold/gems for a item, a popup will appear with the missing currency and not first ask if the you want to buy it
Added a purchase loading window - a walking unit animation
When you open the shop, the item you have currently equipped will be selected from the start
Items in the shop are now more centered
Clicking outside the shop will close it
Shop is now more cleaned up
The Preview for skins and heroes will update at hovering over the item. Clicking on the window will perform the main action (buy/equip)
Improved animation of the taps on the left

The current selected hero will spawn 5 seconds after the round has started (except tutorial). The spawn prefers a stronghold at the start
Increased Torin's ult duration to 15 sec
Unit Upgrades are not only visible through their better weapons, but now also in their circle below. The Amount and Color of circles will show the upgrade level of the Unit
The hero will always be in the middle of the formation
Improved selection and move command of units
Reworked attack reset. Now attack behaviour depends on if and when the unit dealt damage to the enemy. Results into smoother movement and attacking behaviour
Buildings and Bridges now prefer soldiers over archers and knights for upgrades. Poor soldiers
Archers are now more careful and have their bows out when they stand still, ready to fight
Improved Arrows of Archers. They now have a fixed velocity and look better
Flamethrowers are not effected by the fog of war anymore. That means they and their fire are always visible
When a item has a duration (like "Strength" and "Defense"), their duration after activation is shown as a bar above the hero bar
Items now have visual effects
"Strength" and "Defense" potions now have double the duration
Improved scrolling and zooming
Improved visuals of the Circle that activated spheres in the missions "SphereFear" and "Interruption"
When the unit gets stuck against another unit for half a second, he gets agressive and will start an attackmove to the destination
Units will stop moving when the round is finished
Added sounds to unit commands (select, move, attack)
Adjusted tutorial animations and voice
Multiplayer now gives a better reward for winning
Hero exp gained from winning rounds are increased
The lightning strikes in "Path of Electricity" and "Mountains" now have a indicator before they strike down
Reduced the sound volume of soldier's attack a little
Shooting tower now have a attacking sound

Added Animation for claiming daily rewards, shop purchases, daily quest rewards and victory screen reward
Added counting animation on gems and gold when a change happened (like purchase or claim of rewards)
Besides your current unit count there is now also the maximum size your army can achieve
New button design for the unit type selection ingame
There is a new option in the pause menu: Settings. It opens the same window as in the worldmap
When the tutorial ends there will be no library shown like before to reduce confusion. You can still find it in the profile window
Each stat now has a little tooltip as explanation
Dropdown options in the options menu are now bigger and closer to the button
Adjusted victory screen
In the mission preview you can see which hero you have currently selected
improved readability of texts in the worldmap
The levelname will be shown on top of the pause menu

When you move into a Portal there will come a portal visual effect. It's like a loading screen, only cooler
Improved the performance on the worldmap
Added transition animation when entering a level or worldmap
When zooming far enough out, a map will pop up where you can click on the portals to directly teleport to that island
After the tutorial, you walk with the hero you have currently selected
Slightly changed the position of the tutorial missions

Units now rotate correctly to the enemy they want to attack
Fixed a bug where a running upgrade gets transfered to the enemy when the forge got captured in the process
Fixed a bug where the forge could not restart a upgrade when switched away and back to it while a upgrade was running
Fixed a bug where the click effect had no color
Fixed wrong shortcut namings in the building radial menu
Units can now move normal on bridges
Fixed a bug where the game didn't paused when you got to the options menu through the button. You can also close it now with the escape button once open
Units controlled by the AI won't move anymore when they died
Units now won't ignore the distance to enemies while attacking a trunk. They will focus the trunk when they get close enough
Units now attack again after they destroyed a trunk
Fixed a bug where you couldn't start a game after you quit a round
Fixed the tutorial on flowerland
Fixed a visual bug of the hero in the tutorial window
Fixed a visual bug where the sword of the soldier were flipping in the idle animation in the shop
The unit in the worldmap won't have his feet stuck in the ground anymore. He's free
Fixed a bug where you could not use the dragbox normally when you have a tablet connected to your pc
Fixed a bug where the mana of the hero were rising when he was dead
Fixed a bug where dying units died multiple times when swapping buildings quickly
Fixed some Achievement problems in multiplayer
The effect behind the sliders for sounds now take the full length
Fixed some visual light errors of the knights preview in the shop
Leaderboard window in the worldmap has all available missions back in his list
Units won't land into the water anymore when they got knockbacked in "Bridges"
Fixed fog of war in "Interruption"
Flamethrower in ""Heat Hell" rotate again
In "Build The Bridge" was a duck half stuck in the island, we helped him out
The leaderboard on the victory screen works again

A unique self learning Artificial intelligence has taken control over your enemys! 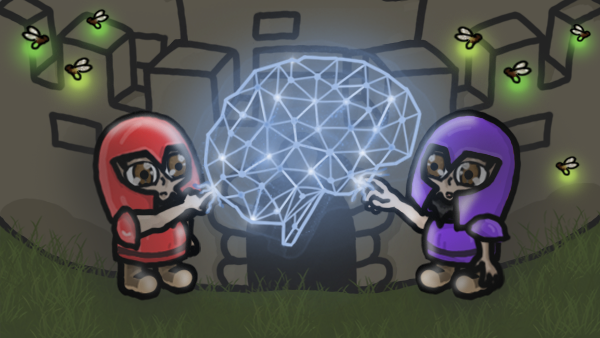 The AI is inspired by a neural network and reacts in an intelligent way to your actions.
With increasing difficulty the AI acts stronger, faster and smarter.

Do you accept the challenge? Play for Free!

In the next months we are working on the implementation of the expanded full neural network into the game.
We are developing a system, where the difficulty of the AI will evolve over the next seasons.
You will have the possibility to train the AI during your game, then you can fight against these AI, trained by players from all over the world and honor yourself on the top places of a world ranking list.

TowersRTS is a free Real Time Strategy (RTS) game where you conquer and upgrade towers to dominate the battlefield.

Features:
- Quick, fun and challenging missions or be competitive in multiplayer mode
- Fight your way through the Singleplayer campaign and beat tricky challenges
- Discover more Heroes one by one when they are released in future
- Master your hero with unique skills to gain superiority on the battlefield and crush your foes
- Fight your friends and people from around the world to compete for glory in the leaderboards
- Fast paced and exiting RTS game
- Play as the commander of soldiers, archers and knights
- Challenge your friends in the highly addictive online mode
- Cute hand drawn graphic style
- Free to Play without ANY pay to win, you can play any level, game mode without ever having to pay anything. We are grateful if you can support us through purchasing extra gold, optional skins or progressing faster through the game if you like that

Join our server on Discord: https://discord.gg/eDgyyvTjZE
We will constantly add more and more levels, items, skins, customizations, Heroes and more and we will use your feedback to decide what to do next.

Download now for free! Enjoy our Game and have fun! 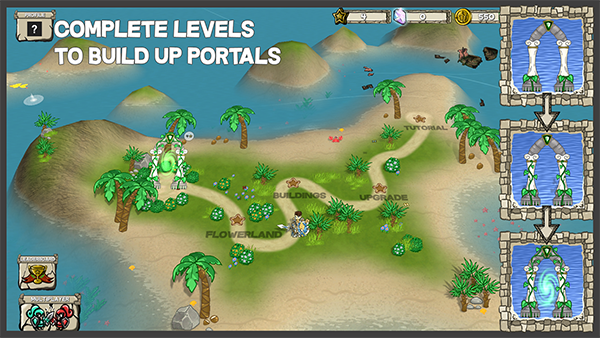 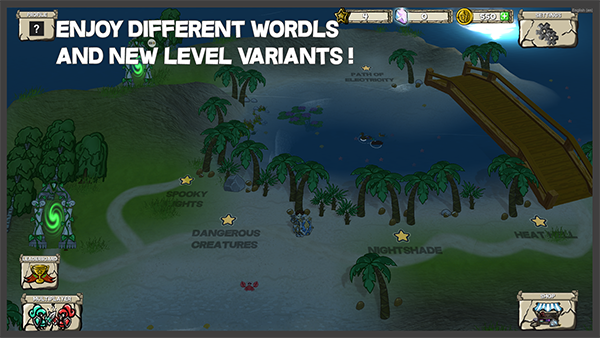 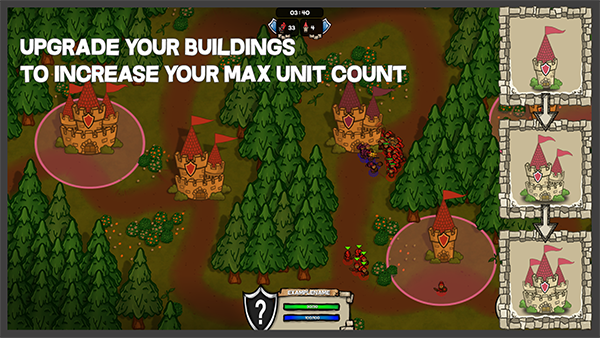 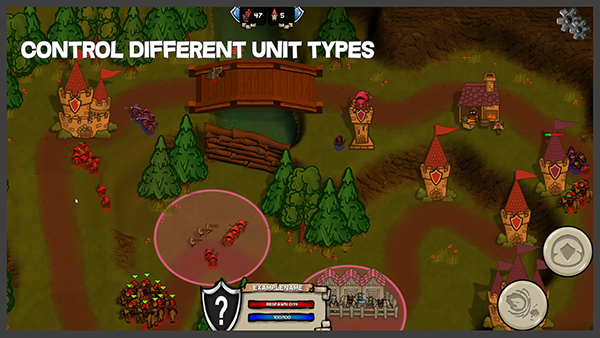 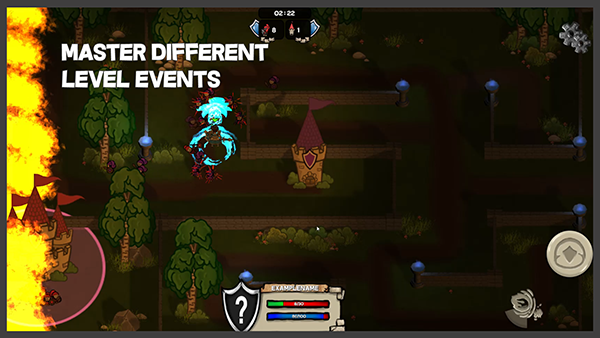 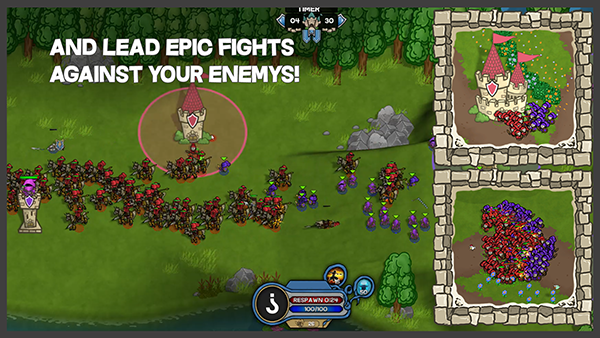