“At Far From Home we see Early Access as a toolbox. When properly used with the community it can make a game as great as possible. It helps us understand what features and mechanics are used and enjoyed, but also which are dead on arrival. We cannot imagine creating a game like Forever Skies without the community. We see feedback from Early Access players as a compass to show us what parts of the game have the most potential and should be worked on.

4 player Co-op
We believe that playing together with friends is one of the most important elements in games. This is why after the launch of Early Access we will add 4 players co-op.”

“We anticipate that Forever Skies will stay in Early Access for about a year from launch.”

“The Early Access version will offer plenty of mechanics and activities to play within a vast world ready to be explored, all of which will engage players for many hours. You may experience some technical bugs and in-game problems which we are planning to find and fix before the full release. The Early Access version may lack some additional features at the start like co-op for example, which we intend to add as quickly as possible, after the launch of the EA version. In addition, along with EA, we are planning to add additional modules to expand your airship, garden, locations to explore and more.”

“Our game allows for world exploration, gathering resources, reverse engineering technology, operating the airship, flying it, managing its hull integrity and weight. The player can build new modules and customize the interiors. In addition, as a part of the survival loop, players need to eat, drink and take care of their health. At this moment, the game offers around 30 hours of gameplay.”

“We won't be changing the price during EA. However, we are planning to do so after the full release.”

“We want to involve and engage with the community while we are in EA and beyond. We welcome all of the comments, criticism or suggestions the community may have. We will take them seriously and plan to use the community feedback to guide us in the development of the game. We will use several channels and methods to gather feedback: from our Discord, Steam reviews, Steam forums and social media channels.
We would like to invite you to join us on this journey.”
Read more

You will build and customize a high-tech airship. It will be your home, workshop, laboratory and more while flying above the surface of Earth. Control and steer it towards the ruins of our civilization and mysterious anomalies. Manage your airship hull and its integrity. Extract and gather resources to improve your airship and make it uniquely yours.

Your scientific know-how will allow you to build and operate different machines. Analyze scanned items and reverse engineer lost technology. Research new ways of obtaining food and resources, discover new tools, and increase the chance of your survival.

Explore and extract resources from the ruins that were built up high to escape the dust. Surrounded by drifting debris caused by a strange anomaly, harvest it into raw materials to help you survive. Explore and discover the remains of our civilization. Find out what happened and why Earth evolved to a place where we lost control of our previous position at the top. Discover secrets of our past.

After descending below the dust, you will discover a strange new world, the planet's surface that changed in our absence. Face evolved fauna and flora and hunt for viral pathogens to cure a mysterious illness threatening your family.

Forever Skies is an action-survival game taking place on Earth, which was devastated by a global ecological disaster. This event caused the surface of the planet to be covered in a colossal layer of toxic dust. You’re returning to our planet hundreds of years later - will you recognize our world?

We’re Far From Home, an experienced game dev team based in Wroclaw, Poland. We are a group of friends and colleagues that worked together on quite a few projects before. We gained experience working with titles such as Dying Light series, Divinity Original Sin series, The Medium, Outriders, League of Legends and many others. 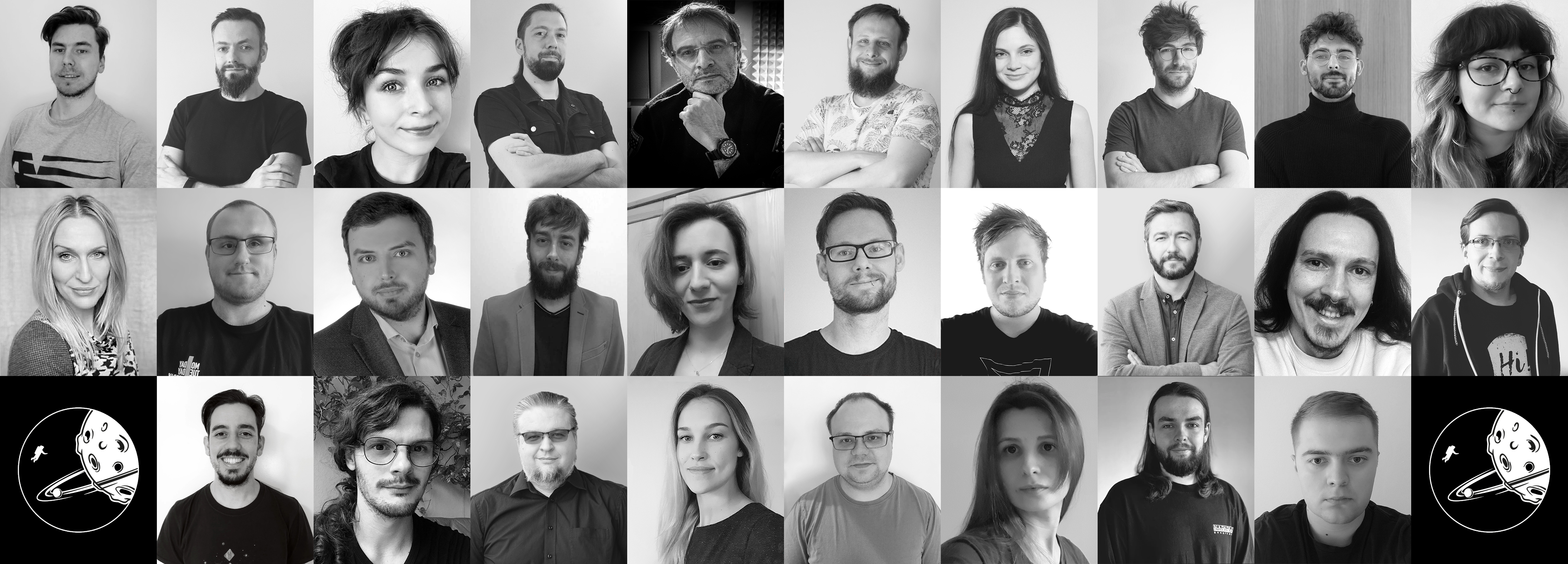