Upcoming game you may love 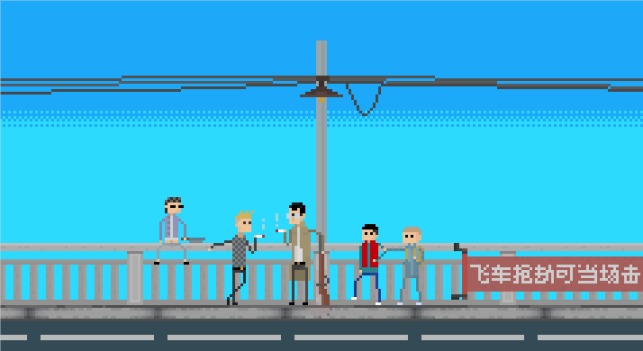 A pixel game that tells the story of bad elementary school students in the 1990s. The game is full of nostalgic elements of the 90s, while adding light puzzle solving and platform jumping elements. Players need to help this primary school student named Wang Han solve puzzles and obstacles, discover the truth behind the game events, and make Wang Han face up to the mistakes he has made and re-behave.

In the 1990s, social transformation and population mobility intensified, and the interweaving of old and new contradictions caused various acute social problems to emerge one after another, and the crime rate gradually increased. In such an atmosphere of the times, people in a small southwestern machinery factory are distracted, adults do not want to work, and wander around all day long, but for a sixth-grade elementary school student named Wang Han in the factory, this is a free time. Classes, stealing, playing video games, growing savagely.

The rebellious and unruly personality made Wang Han a stranger in the eyes of his peers, and a bad child in the eyes of teachers and adults, but all the surrounding rejection of him did not prompt Wang Han to change his mind, but pushed him on the opposite path. So Wang Han began to mess around with bad young people in the society. The growing hormones made his words and deeds more and more extreme. It was not until he witnessed a shooting that Wang Han realized that he had fallen into the abyss of evil.