Take part in the competition for resources and power over the planet RN-20. Master the unique mechanics of interacting with the world in an ever-changing, dangerous environment.
Robo-Worms is an atmospheric multiplayer battle royale game in which you fight in a completely destructible voxel arena filled with useful resources and items. 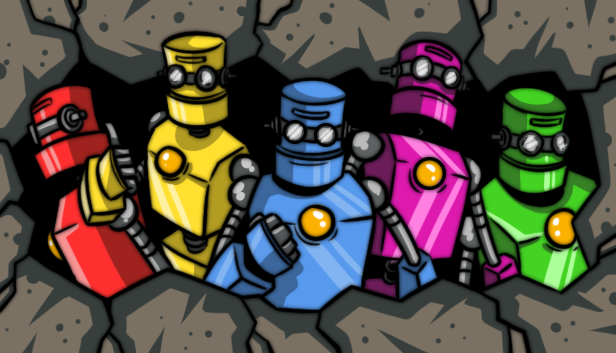 Initially, your robot will have basic abilities. You will be able to run, dig and swing your shovel at the other robots. But with the discovery of items, everything will change. Items will give you interesting skills that can lead to victory. Find them enclosed in small boxes, save up and use them wisely!

The discovery of the planet RN-20 brought to the world not so much happiness as discord. Pride blinded people again, prevailed over them and turned into madness. Reasonable attempts to distribute the already conquered RN-20 among the peoples turned out to be a complete collapse. A war for resources has begun, sparing no one. The robots that bravely fought for power over the planet began to confront each other. The time of historical events has begun, the consequences of which will remain for centuries. A planet full of useful resources and artifacts will await the winner!

Play with friends or join other people online. Up to 20 robots can participate in the game! Customize the arena, manage the number of items, as well as natural disasters. Thanks to the completely destructible arena, no two games will be the same!