“Shores of Plunder will be launching in early access. This will allow for the community to actively engage with the developer throughout the final stages of development to help shape the game in to something we can all grow and enjoy together.”

“The full version of Shores of Plunder will be filled with exciting new features. Not only will there be a full roster of famous historical pirates to choose from, there will be an in-game cosmetics store where players can spend their plundered treasure from matches on a wide range of cosmetic items. In addition to that, there will be expanded social features within the lobby (aka, the deck of the ship) where players will be able to hang out, interact with each other, play mini games and have fun.”

“The current state of this early access version demonstrates the direction the game is going by allowing players to explore the map, collect coins, drink rum, blow up barrels and gain valuable insight on the game itself.”

“Upon leaving early access the price will gradually raise over time as new content and major features are added.”

“The community is encouraged to interact with the developer any time on either the Steam community pages or the official discord server for Snowchimp Interactive.”
Read more

Shores of Plunder is a fast-paced party game where you and up to 3 of your mateys can battle, race and plunder as much booty as you can before the clock runs out. After each round you will return to your pirate ship where you can hang out and enjoy pirate-themed shenanigans.

The matches are fast, fun and full of classic pirate shenanigans. While some players may want to collect as much treasure as they can, as fast as they can, others may want to pirate their way through it by knocking coins out of their opponents in cutlass swinging sword fights, flintlock blasting gun battles, sneaky explosive blasts from powder kegs, and other devious tactics. Many of the combat mechanics are still under development and will be added throughout Early Access with player feedback taken in to mind. 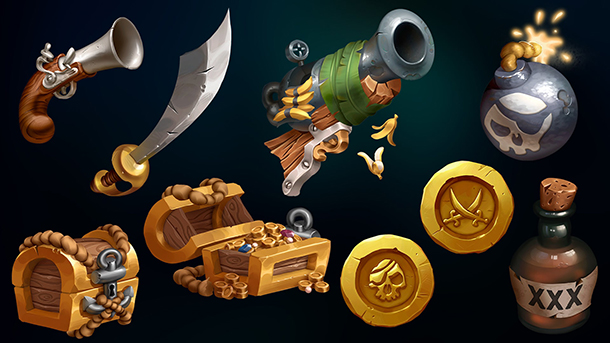 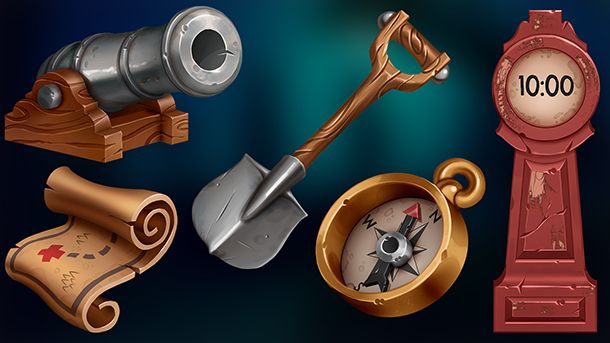 Shores of Plunder is all about having good old fashioned pirate themed fun whether you want to play solo or with your friends, family and colleagues. The online gameplay will be focused around an invite-only style of matchmaking so that players can enjoy a social online experience within a safe environment. Throughout Early Access new and improved lobby and matchmaking features will be added and adjusted with player feedback taken in to account.

As the game develops through Early Access there will eventually be are many pirates to choose from, including famous pirates from history. Each of these pirates will come with the ability to select a unique special skill that has a limited number of uses.


Designing your own custom tailored pirate will be a big part of Shores of Plunder and one of the biggest features that will be developed throughout Early Access is giving players the ability to customize everything from the hat they wear right down to whether or not they want to walk on a peg leg. Players will also be able to cash in the coins they earned to buy additional cosmetic items. The player customization and cosmetic store is currently unavailable but will be developed and adjusted throughout Early Access with player feedback taken in to account.

I NEED SOME RUM!

Pirates will do just about anything for a bottle of rum and once yours runs out of their special skill they will refuse to do it again until they've had some more rum. Replenish the skills by finding one of the many bottles of rum that are stashed around the island and drink it back. The player will have to take caution because while drinking rum refills the skills, it will also trigger a temporary drunkenness effect which renders the pirate vulnerable to attacks from any nearby players as they stumble around recklessly.

Between matches the pirates will be returned to the deck of ship where they can socialize, brawl and have fun. Once the players are ready for another match they simply hop in to a cannon to trigger the countdown timer which will blast the players to shore.


Throughout Early Access new social features will be added such as playing music, drinking rum, gamble their coins away with mini games and more.