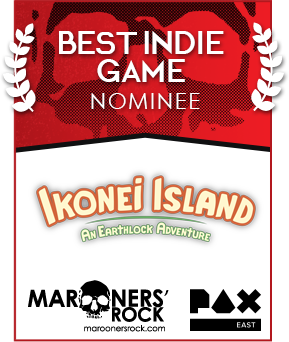 “The earlier the better. We know this from previous crowdfunding experiences. The earlier we can get feedback from players, the better the game, and the more engaged and invested our community becomes. We have already done several rounds of closed tests which have confirmed that we are on the right track. By opening up for Early Access we will get feedback from a lot more players, and continue to improve the game experience.”

“As of now we plan for a 1.0 release early in 2023, but that depends on feedback from players during Early Access. Plans may change based on what input we receive, changes we want to make to the game and how much content we want to add. We will be as transparent as possible and keep you updated as plans develop.”

“During Early Access we’ll be working continuously on improvements and polish. We also plan to release a lot of new content, such as:

“Most of the game features are already in place. Single-player works well, but of course will have some room for improvement. Multiplayer mode is not yet available at the Early Access launch, but is currently in development. All content is of course still work in progress. Here is what is currently available for the initial launch phase of Early Access:

“Currently the plan is to increase the price after Early Access. We believe this is fair, both because it will include a lot of new content, but more importantly, because Early Access players deserve a lower price for their part in helping us make the game better.”

“We have an in-game feedback system where you can easily submit emotes and comments as you play. We also encourage everyone in the community to join our Discord server where we are looking for feedback and suggestions, and where we will post up-vote forums and surveys. We will also be active in the Steam forums.

We also hope to invite our most involved players to closed tests of the latest builds. For the adventurous, we plan to have experimental branches where upcoming features can be tested while still not stable enough to roll out on the main branch.

Explore. Gather resources. Craft tools and gear, build your base, and farm the land. Thwart pirates, fight monsters, and befriend magical creatures.
Embark on this wholesome adventure: Ikonei is yours to discover!

Harvest materials using tools and creature abilities, and build workshops that can create and assemble resources. All of these materials will come in handy to truly customize the island to your liking, and uncover its mysteries. Your hamlet, starting from dilapidated ruins, will grow to become your base of operations on the island.

After waking up on a bizarre island, you will meet mysterious statues and curious creatures. Bond with these creatures, and harness their unique and interesting abilities to explore deeper into Ikonei Island.

Create and nurture your farm from scratch, using various tools and systems for increased efficiency and rewards.

Keep the monsters at bay, and create powerful weapons to help you navigate Ikonei island!

Surely there are others who must know about Ikonei Island, each with their own story to tell, and knowledge to impart.

A band of pirates have discovered the island, and have their own plans on how to make money off of it. Make sure they do not get their way!