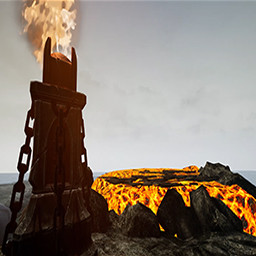 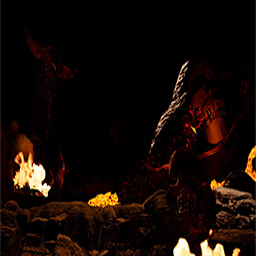 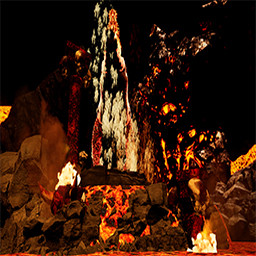 Enter the worlds of VR Guardians, where you find yourself in the belly of the beasts and awaken the colossal creatures that reside within its stages. Choose between the scorching embers of the Lava World, surrounded by flowing magma and the skeletal remains of the fallen as you fight the sleeping Fire Guardian; or dive into the depths of the Underwater World, in the middle of a sunken castle ruins as you try to avoid being the Water Guardian's next prey.

VR Guardians utilizes the Oculus headset’s default control scheme along with graphical in-game instructions – allowing the users to immerse themselves into the worlds intuitively and seamlessly. Solely designed for a 360 degree view, players can delve into the intricately designed stages without a need for a lot of space as the game can be fully experienced even when sitting or standing-in-place.