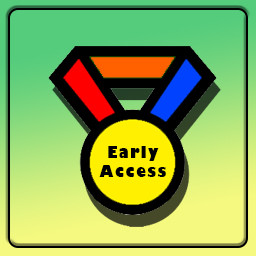 “Hello Friend! I'm glad you are interested in this game. I, like you, also love games. At some point, I realized that I wanted to not only play games, but also create them. This is my second game that I do alone. Despite this, I approach the development process very scrupulously, and with a limited amount of resources, I want, in the end, that my game is not inferior in quality to AAA projects. This is my first 3D game and I need your help to perfect it. By purchasing this game in Early Access, you can take part in the development process and contribute to its early exit from it. I also hope that you will join the Telegram community and the Discord channel and share your ideas for the further development of this project.

So why early access? Since I am making the game myself, I cannot hire a team of beta testers who could give me feedback and point out sometimes the most commonplace flaws. To make the game better, I decided to release it in Early Access and get as many independent opinions as possible. Your every review is important!”

“I have a lot of interesting ideas that I want to implement, and for all this I will need, according to my calculations, at least six months.”

“In the present version of the game, you can consistently develop your business in four directions: selling coffee, hot dogs, shawarma and burgers. The gameplay includes the following mechanics:
- buying a property;
- cleaning of the territory;
- customization of points of sale;
- purchase of equipment, consumables and products;
- enterprise management;
- cooking process;
- selling the finished product and making a profit.
Each subsequent business has a more complex organization, due to which the progress in the game is increasing.
During the game, you will be able to independently set prices for the finished product, see your income and expenses, hire employees, track and improve the rating of your points of sale, as well as monitor the rating of competitors.”

“Yes. After leaving Early Access, the price of the finished product will increase.”

“A Telegram community and a Discord channel were created, where the user can see the current information about the status of the project, as well as share his opinion or report a bug.”

Fast Food Manager is a fun 3D restaurant management simulator that gives you an opportunity to try yourself as an entrepreneur immersed in the world of street food, cafes and restaurants.

The goal of the game is to found and grow a successful catering chain, from a small coffee tent on the outskirts to a popular restaurant in the city center.

The game provides variability and freedom of choice, which gives a completely immersive effect. Shop, cook, sell coffee and fast food, open new outlets, upgrade them, hire employees and outrun the competition - launch your own business from scratch!