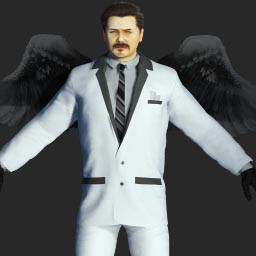 “It reminds me this is something I have not finished in my life.
This time, I'm going to get it to the end.”

“It may take 5 years. (And likely more)
Please be aware:
1, As the sole developer of the game, there are things in my life that may happen to delay the game development significantly. This is just an approximate estimation.
2, The end of early access does not change much. The game will keep updating to the end.”

“0, The main storyline will be finished with multiple endings.
1, Most of the features from the previous games will be migrated into this one. (All the code are already in, they just need to be awakened when contents get there.)
2, Expand the explorable maps into at least 5 major areas.
3, A lot of more content, including side quests, procedurally generated quests, encounters to cover another at least 10 hours of gameplay.”

“Short version:
Everything in the "About the Game" section below except the world size is still expanding.

Detailed version:
Here is a link to all the game's update logs:
https://store.steampowered.com/news/app/1519140?updates=true

By September 19th, 2021, It has been almost 200 updates.
I don't think there can be anything else to reflect the current state of the current version better.”

“The game will be published at the lowest historical price. The price will rise as more content is added to the game. But, all current owners will have all the future updates for free.
Except for maybe one adult-only DLC, whether to develop that DLC is still undecided.”

“I'll be on the Steam forum. To players in China who do not have access to Steam forums, I will be in QQ groups. We will discuss how to make this world a better place. Just as I have done in the last decades.”


Read more
Check out the entire RMAsia franchise on Steam

I shall stand with Ukraine to the end.

Update:
I have been upholding my words and putting them into action.
The game now has quite a few Ukraine-related contents: https://neolithia.fandom.com/wiki/Ukraine_Awareness#The_Game_Content

Previous Announcement:
I just made the price in the Ukrainian regional store as low as Steam allows me.
Well, I guess I am the only game developer in China who publically announced my support to the Ukrainian people.
Others are either under the influence of the pro-Russia government of China or too afraid.
They are afraid of the government. They are afraid to lose profits in China and Russia.
But, I'm not like them. I am an indie game developer who does not really care about sales. I believe in freedom and liberty.
They can censor me on all the social media in China as they like.
History may not even remember me as the lone Chinese game developer who supports Ukraine in this entire war in the future. 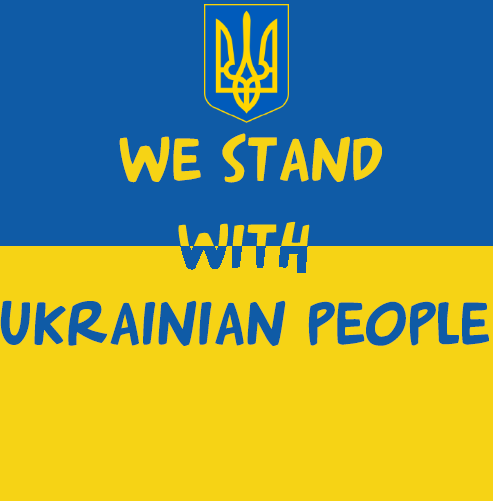 Glory to heroes!
This is also our war that we must help to ensure a better tomorrow for this world.
A tomorrow that no dictators can endanger any free souls.

To Russian soldiers, please consider defying Putin just as I am defying the government of China by putting this announcement here.

Maybe this is the first game made with the RPG Maker engine to have this feature. :)
And, it's even made with the ancient RMXP.
The demo version may not have access to it because of Steam limitations.

It's just one old RPG from 2004 that still receives updates today by one solo developer.

More detailed information can be found on the fandom wiki. (It's also working in progress.)
https://neolithia.fandom.com/wiki/NEOLITHIA_Wiki

Some Features:
Everything in a classical RPG plus...

Risks: (I will be totally honest with you. Thus, I put it here)
1, The game is made with a very old game engine. (For memories' sake)
2, There is only one developer.
3, I am terrible at 2D art.
4, I am not a native speaker of English.
Thus, I provide an honest demo for you. The demo version will update all the way till a certain story is finished.
It reflects the current stage of game development in almost real-time.

If you find the game stopped updating for more than 14 days without any explanation, it's safe to assume I'm dead.
In that case, do not buy the game.

As the game is one of the first and last RMXP games that's ever been developed, I'm not exactly aiming to make it something great. (or even sane.)
Instead, it needs to be unique and fun in a way that people can rarely see nowadays, to make people laugh maniacally even in a grimdark world where both the in-game world and the life circle of RMXP are coming to an end.

Welcome to our secret society of [redacted]. We are among the most ancient ones in our line of work.
For a long time, we have witnessed the rise and fall of many others.
The situation is grim, the world almost ended in 2008, 2012, 2015, and 2020.
Some people predict it will keep ending this year, next year, and the year after.

But, well, even if that's true, even if the ending is inevitable, it is tragic, we are still alive.
So, cheer up! We shall carry on.
As long as we stand, the world shall never fall!
To the end...

Unbalanced and Unfair
Beneath the facet of the beautiful life people called "normal", lurks the truth that this secret struggle is never fair.
There are things that can hardly be killed. They may come in great numbers to overwhelm us.
Even when not facing such a supernatural entity, a well-trained Kung Fu master can still be killed by just a bullet.

But, We Fight on With All We Have!
We have guns and our own magic. We even learned to bind supernatural entities to our wills.
We have tools and artifacts, we have skills ranging from combat to conversation.
If there is a lock that can hardly be picked, try blowing it.
There are always solutions.
If not, may the butterflies preserve us.

You Are Different.
Your arrival was not expected. You were not on any lists. We know little about you.
Show us, who you are and who you will become with all the perks/skills/proficiency you may develop.
We may still stand a chance against all odds with your help.
Lead us...
In This Vast World
Your loyal companions will follow you from ancient ruins to modern metropolis, from east to west.
You will meet common folks we swear to protect, watching them live their "normal" life.
You will discover mysteries, and solve them when combating evil forces lurking in the dark.

It's the first Neolithic game with English localization that comes to Steam since 2004 when the first game of Neolithic was published in a dark corner of China.

Compared to a commercial game, this is more like a memento to the old golden age of RPG Maker XP (when indie games are really indie; when updates are free instead of being paid DLCs; when developers update games for years, even decades instead of abandon projects as soon as it's no longer profitable; when games are made with passion instead of money-hunger; And, when RPG Maker was not used to just make those cheap adult-only games.)
This is NEOLITHIC!
There are many games out there, made with modern tools and more than 1 developer. They are supposed to be better than mine.
But, they are not. Why?

The game contains scenes with full nudity with censored visuals, sexual content that is mostly text-based, violence, blood/gores (can be turned off), hash languages/cursing, the use of drugs/medicines, the use of alcoholic drinks, LGBT+ content that is considered mature in some countries, furry, conspiracy theories, unethical experiments, and other generical mature content.

Nudity and sexual content can be skipped.
Sexual assault/non-consensual sex is mentioned in some text files about some unethical experiments.
Nothing Adult-Only shall be in the base game. Whether there will be a DLC to fill in those content with visuals is undecided.

If you really want to have the non-censored or less-censored version of certain content, maybe you can find that in the Steam Workshop