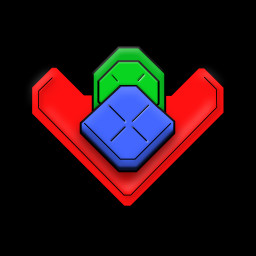 Fight your way up a Tower corrupted by a foul use of magic, survive simple yet dangerous switch puzzles and discover the events that lead into "Necore: The Thunder King", in this short Story Focused Action RPG!

Necore Tower is a top-down, story driven, Dark Fantasy, action role playing game. It is designed to bring you into the world of Necore before the release of the first full title "Necore: The Thunder King", which takes the elements of Necore Tower and greatly extends upon them.

Climb through floors once bustling with religious pilgrims and dirty vagabonds. Purge the darkness from the tower as you ascend and discover our hero's fate at the tower's spire. That is, if you can make it that far.

Word had just been received by the royal scouts that there was trouble at Necore Tower. When that word reached the King's ear, for in fear of the return of the Dark Arcane Wielders, newly crowned King, Garlen Hastein, swiftly rallied his troops and his most faithful protectors, the Crimson Guard to march on Necore Tower.

In an attempt to avoid detection by whomever or whatever had tainted the tower, Garlen brought his troops to the rear entrance of the tower. The pilgrim's entrance.

However, it seemed that it was all in vain, as no sooner had Garlen entered the clearing, a tree, that had been standing strong for millennia, fell, nearly crushing him and those behind him to death. Upon further investigation, the tree had been warded with ancient magic, an ancient magic that made Garlen shiver.

Trapped now with limited supplies, a few of his Crimson Guard and Samuel Blackthorn his Family's most entrusted protector. Garlen must ascend the tower and defeat whatever may be waiting for him.

Necore Tower uses a rogue-like death system. Dying will cause your progress up the tower to reset, however, your stats and upgrades will remain.
Collect gold, ore and gems by busting open barrels, splitting massive geodes, cracking open chests and slaying enemies, as you ascend the tower to upgrade your stats and purchase life saving potions. Follow a mysterious questline as you travel through the tower's floors.


**To be clear, Necore Tower Redux Edition is the product you are buying. Other Necore Series games will be their own products on the store.**

This game contains:
Dark themes (including, and not limited to death)
Fantasy/cartoon violence
Subtle crude humour and
Player mockery