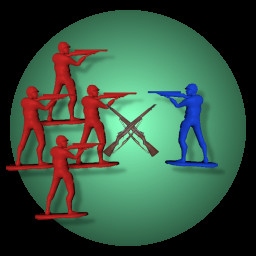 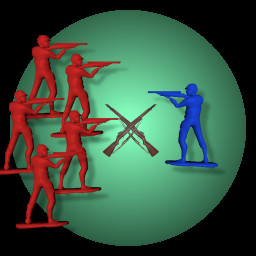 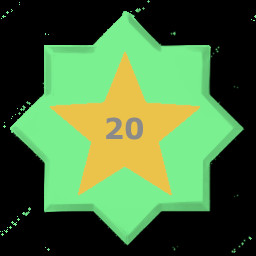 “Mobile Soldiers: Plastic Army is ready to play, with an array of features, but there are still things we can learn and apply those lessons to create new maps. We already have some great features in the game which you can read about in the "About" section.

However, we think there are still some features that can be incorporated to boost the fun. The minimum we feel we need to add during Early Access are two new premium maps and some social features that will allow you to participate in PvP matches with friends.”

“We plan to have Mobile Soldiers: Plastic Army in Early Access for approximately three months and plan to release regular updates during this period.

However, once the game has left Early Access, our work won't stop there as we intend to continually release updates for the life of the game, which we expect to take the form of new features we deem useful and fun to players, and any important fixes we may come across.”

“Once released from Early Access. we plan to include two more premium maps and incorporate competitive features - leagues, tournaments, and PvP events.

In the second release, we expect to incorporate competitive features - most likely powered by Amazon GameOn. We are planning to choose GameOn because of its cross-platform abilities. You can expect to participate in competitions across all platforms that the game covers.

Once we have GameOn implemented, we will enhance this feature by introducing leagues, events with prizes, and PvP events.”

“Mobile Soldiers: Plastic Army currently contains three simple maps and one premium map. It also has PvE match-play and online PvP multiplayer. Please refer to the "About This" section to read about the implemented features of the game.”

“You will notice that the game currently has a discounted price of 40%. We expect to remove this discount once we have left Early Access and we expect that the (full) listed price will be the final price of the game.”

“We will make use of feedback to help us understand what kinds of arena players enjoy and what new features the new maps will include. We would be grateful if you could get in touch with us, using the listed contact details, to present your feedback. We are also in the process of generating a community around the game, where you'll be able to share your thoughts. We'll let you know once we have this infrastructure in place.”

You are a military leader and must command your troops to conquer your enemies over a series of combat situations. Your objective is to defeat your opponent with an army of soldiers – RIFLEMAN, GUNNER, GRENADIER and ROCKETMAN. Use your army men to secure victory, with play over a set of STANDARD and PREMIUM maps. Premium maps can be unlocked using Command Points, earned enitrely by playing.

‘Mobile Soldiers: Plastic Army’ is a captivating, yet uncomplicated 3D experience, bringing the childhood table-top game to the world of mobile gaming. A brain game, it requires careful strategy and tactics.

You are a military leader and must command your troops to conquer your enemies over a series of combat situations. Your objective is to defeat your opponent with an army of soldiers - rifleman, gunner, grenadier and rocket-man. Use your army men to secure victory, with play over a set of standard, and premium, maps.

The rules are simple, but you will need to use your brain, and employ strategy and tactics, in order to be successful. It’s a brain game and, like chess, easy to understand the rules, but difficult to master. Each combat soldier has individual strengths and weaknesses, so use strategic thinking when facing-off against your opponent.

Carry your army to victory over a series of Campaigns against an intelligent AI player. Once you’ve taken control of a map in Campaigns, engage in Match Play against up to three opponents. Opponents in Match Play can be AI or human - in pass-to-play style.

There are no flags; start off with a fixed number of units.
Win by defeating all of your opponents’ units.

Capture the Flag with a twist.
Think and act quickly before your team’s morale is depleted.

Gain experience, in the form of Command Points, with each game you play. Use them to unlock new types of soldiers, and premium maps, and compete on a global leader-board.

The battle has begun and you must be prepared. Easy to learn, difficult to master – can you be triumphant?