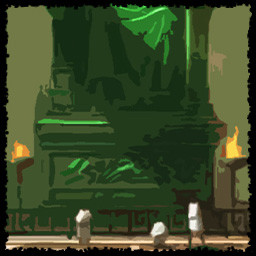 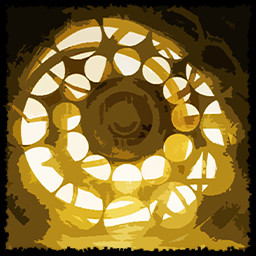 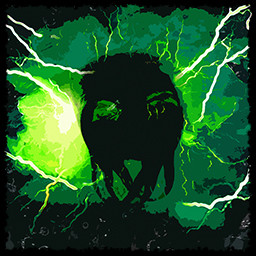 “Apollyon will feature more than 20 hours of gameplay and story at release, but much more will be added in post-launch updates. All of these will be free to those that own Apollyon.

The main reason for early access is that Apollyon has already 400,000 words of story and content, yet it is only the first of three acts that I wish to tell with it's story!”

“Updates will come weekly to bi-weekly until my vision of the main story of Apollyon has been told, lasting approximately 3-6 months.

After this point, Apollyon's story will be told and I will have no reservations at calling it a finished story, and taking it out of Early Access!”

“Improved stability, as well as exponentially expanded content, allowing for character stories and Intentions to be fully completed.”

“Depending on the speed of the player, fifteen to twenty hours of playtime. These will be in nine Intentions (stories), comprising 800 Spirits, 200 Aspects of Self, 400 Effects, 10 playable Characters, and 400,000 words of story!”

“All post-launch content and updates will be free to those that own Apollyon! There are currently no plans to change the price as these updates come.”

“Head on over to Apollyon's discord to give feedback, ideas, report bugs directly to the developer, or to get involved in modding Apollyon! Find people to play with, and tell your friends about Apollyon, for it is best enjoyed in multiplayer!

This community will be directly involved in deciding what DLCs may come to Apollyon, after Early Access...”

In the world of Sartova this practice is used to evoke angelic beings, gods, and other intelligences related to souls, elements, the Themes, night terrors, disembodied voices, and even things older than the gods themselves... Through this practice, Apollyon, one may speak with them, make deals for power, capture them, or even project one's soul from their body entirely. The table can provide all of this, and it is all dangerous.

Apollyon can be considered a multiplayer choose-your-own adventure RPG, a roguelite, a strategy board game, and simply a story to enjoy.
It is a narrative that develops with you, both in small arcs and large stories for character and table alike. Your choices will matter, but it is also forgiving, for while you can die, another practitioner may continue use of the table, and keep the tradition going, or even others at your very table!

There are ten characters to play, each with their own personal stories, which can be progressed in single or multiplayer! These will advance the character's skills and abilities, and generally make it easier and even possible, in some cases, to complete tougher Intentions, which are akin to quests and goals in Apollyon.

One will utilize obsidian tokens upon the Apollyic table to control various powers, and where they lie upon the table will influence the power in that direction, summoning or banishing spirits who favor said power. Spirits that approach the table must be dealt with, through violence, invocation, treaties, deception, or many other ways, also influenced by the tokens.

You can also invoke spirits of your own, some of which you may bring between rituals, as well as other items to aide in the ritual, such as the Chronometer to keep time sane while projecting into the spirit world, or a brave ally who can aide you during the ritual.
Additionally, Apollyon can be played with up to two friends, who will share the table's alignment, but will take on the burden or benefit of each spirit that approaches the table alone! This creates a unique strategy only present in multiplayer.

After full release of Apollyon on March 31st, the post-release schedule will be revealed! Apollyon is a narrative story that will shape with your choices, comprising 400,000+ words, but the final arcs of the main story and the individual character stories will come in frequent (weekly to bi-weekly) updates. These will absolutely free of charge to those that purchase Apollyon! Additionally, player-made stories and spirits can be created, and even used in multiplayer, which will add to post-release content!

Head on over to Apollyon's discord to give feedback, ideas, report bugs directly to the developer, or to get involved in modding Apollyon!