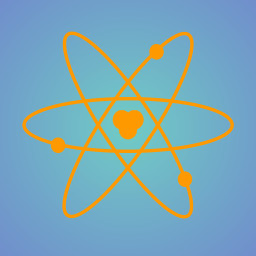 “This is a one-man indie effort, which means that there is no dedicated game designer. The game will benefit from ideas that players have about the game.

My code base is mean and lean, and I am confident that I can provide quick turn around times for experiments, ideas, and fixes for issues.”

“I estimate the time in Early Access to be 6 months.”

“The full version will have complete end-goals in the game, along with leader boards, achievements, and a more robust user interface.

Please note that the full game will still be single player: no multi player will be implemented in either Early Access or Full game.

The full game will have improved shaders, and a mechanism to turn up/down the render quality setting.”

“The game is playable and comes complete with:
* Space flight with a transport vehicle.
* Unloading/Loading of the rover from/into the transport cargo bay.
* Six wheeled roving with a high quality vehicle simulation.
* An endless universe of procedurally generated planetoids.”

“The full version will have a price increase from the Early Access version.”

I will have a dialogue with the players on a Steam community forum.”

Operate a mining rover in outer space.
Your domain is vast: each and every rock orbiting the planet can be mined, anywhere.

This game features an Open World where you can truly dig anywhere and everywhere.

Every planetoid, roughly a billion cubic feet of rock, and you can start prospecting where ever you want. You can even tunnel from one end to the other end of the planetoid, if you so desire.

The planet's ring is procedurally generated, with every orbiting rock unique. There is no telling what you will find. Hidden cavities, twisted terrains, rich veins of ore, it is all out there, floating in space.

The rocks are generated from a 64 bit seed, giving a total of 18 billion billion different rocks. That is an 18 with 18 zeros behind it.

The little mining rover has six wheels and can climb pretty much any terrain. Just try to keep it upright.

The rover is equipped with a laser turret to blast the terrain. Dig holes, create tunnels, find ore veins, so that you can collect those precious off-world minerals.

To hop from planetoid to planetoid, load your rover in the transport ship, and take control of the space flight. Find a good landing spot, so that your rover can do some prospecting on virgin grounds.

WARNING: You require a CPU with AVX2 support.

WARNING: You require OpenGL and OpenCL drivers installed on your system.