“I find it very moving. I always carry a copy on me. I have already finished it seven times...”
Napoleon Bonaparte, Emperor of the French

“A work that does not defend neither state, humanity, freedom, nor could inspire nature, but who lives and dies only to a poor love.”
Ludwig Tieck, Poet, Writer and Editor

“The effect of this little book was great, even tremendous.”
Johann Wolfgang von Goethe, the Author

The Sorrows of Young Werther, was written by Johann Wolfgang von Goethe in 1774.
Loved by artists and emperors, it shows the inner struggle of a deeply romantic man.

Or at least that's what I used to think...

Come with us on this interactive visual novel to see another version of this legendary story.
Was young Werther really a romantic? Or was he just a man with a death wish?
How deeply did he really love his friend Wilhelm? Maybe his letters hide some clues...
Did he even loved Charlotte? Or did he just love the idea of an unrequited love?

For all these questions and more, Mad Cream Games presents you and overloading artistic experience, full of brush strokes and ink spots, where Chopin played the sax and Mozart the guitar, where love turns into hate, and pity into madness: 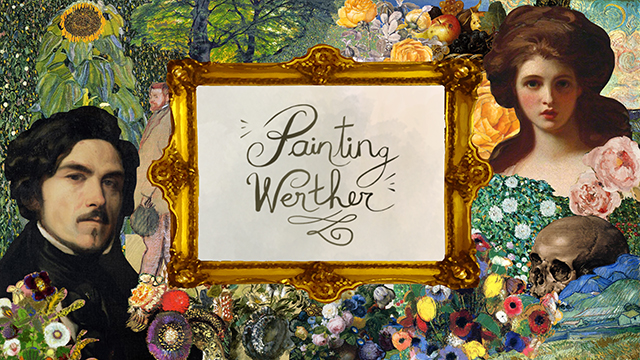 With this game we want to celebrate the mastery and abilities from the painters and musicians that came before us, presenting their work in a new original and respectful way.

Player discretion is advised:
The original novel caused a suicide epidemic across Europe on the XVIII Century.
There are multiple verbal and visual instances of self-harm.
Please don't play this game if you feel it could be harmful to you.