Carefully cut and shoot your way through undead or other unique creatures in a dark-fantasy world fps. Do this to remove the evil, twisted schemers from taking control of the lands below the Sky-Gate. After that, return gloriously in your home capital as it is safe once more.
Reviews
All Reviews:
4 user reviews - Need more user reviews to generate a score () All Time
Release Date:
Developer:
Cosmin Nastasoiu
Publisher:
Phalanx Softworks
Tags
Popular user-defined tags for this product:
Gore Violent Dark Fantasy FPS Action Fantasy Early Access Indie First-Person Old School Shooter Medieval Singleplayer Combat 3D Archery
+ 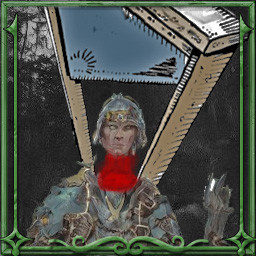 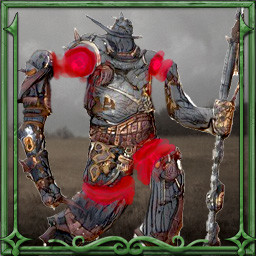 “Being only a solo developer working on this game since 2014, the development is long and without any feedback if no community of passionate players is involved. Therefore, with EA the community of players can enjoy the development, shape and push the project forward through their thoughts and recommendations.”

“When it is ready. That could mean another 6-18 months for it to reach a state that hopes to rival some of its classic predecessors.”

“The core gameplay is ready alongside other essential game systems. This is where the most fun part begins, where more content related to the game can be added on top of the existing content. Therefore the final version will have more levels, weapons, items, magic abilities and enemies. On top of these, community suggestions will be used.”

“The current and first version of the Early Access of HETERODOX includes 4 levels, 5 enemies, 19 weapons, 1 magic ability (the portal).
Beware that at this current state the game will not last more than 2 hours.”

“The price may increase depending on the effort that goes into and the quality of that version compared to the versions in EA.”

“The feedback from the community will be prioritized based on importance and how fit will those suggestions be for such a project. Bugs, blockers, and other elements that affect the enjoyment and the gameplay will be treated with priority. I plan to take notice and be part of the discussions around this game in here on the Steam forums and community pages.”
Read more

You are a young warrior, near yet far away from home. Into the other lands below the Sky-Gate, the enemy lurks, in various shapes and forms.
The most capable of them scheme to possess these lands and bring a strategic threat to the safety of your cities and kin.
That strategic threat is like losing the other end of a bridge to your city to the enemy.

To prevent that from happening you will impersonate in first person this warrior, and armed with melee weapons or ranged weapons you will reduce their numbers.
Key features:

- simulative melee combat that features realistic dismemberment of enemies
- dismembered enemies that are not dead, will adapt and fight you in whatever way they can
- dark fantasy world with unique levels
- choose among 19 weapons (from simple melee weapons such as swords and axes to magical crossbows and magic machine-guns)