【This is the fear of someone being behind it】 This is the latest in the QuietMansion (formerly KENGOHAZARD) series. The evolving short horror game that was developed by a 19 years old Japanese student all by himself is coming to Steam! Find the key and escape from the dark, abandoned house!
All Reviews:
9 user reviews - Need more user reviews to generate a score
Release Date:
Developer:
K App.
Publisher:
K App.
Popular user-defined tags for this product:
Early Access Indie Horror Investigation Survival Horror FPS PvE Casual Tutorial Platformer Point & Click Survival Action RPG Action-Adventure Singleplayer Underground Strategy 3D First-Person Story Rich
+ 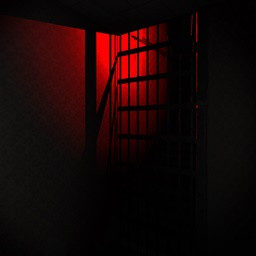 “The game was developed on the premise of "evolution"
We plan to listen to the Steam community and make the game even better
We look forward to your feedback!”

“You can play the basic story”

“There are no plans to change the price.”

“Official Steam Community Thread
Please report "your idea", "bug", etc.
In addition, Twitter account (@KENGOHAZARD) and “KENGOHAZARD@yahoo.co.jp”
You can also send an email to
You can reflect your opinion in the game.”

if you would like to help with the translation, please do not hesitate to contact us.
I can pay up to $100 for translation work.

If you would like to help the developers of this game, you can do so at the following link
please help me
(PayPal)
https://paypal.me/KENGOHAZARD
(PayPay)
【QR】
http://kengohazard.html.xdomain.jp/AccidentHouse/PayPay_QR.jpg
【URL】
https://qr.paypay.ne.jp/5oXxIpv3K2T4flcC

"AccidentHouse" has many translation errors in the game and on the store page.
If you find a translation error, please report it from the link.
Please cooperate even if you have not bought the game.
Please.
I develop game by myself, and I have no choice but to leave the translation to the machine.
Please help us.
The game uses machine translation, but you can enjoy the atmosphere.
http://ws.formzu.net/fgen/S98381873/

Experienced in the development of QuietMansion2 (formerly KENGOHAZARD2) for Nintendo Switch and
The open beta testing phase to a hot topic that made it to the top of LINE News.
A FPS horror game developed by a 19-year-old Japanese student alone is finally here on Steam!
Feel the fear.

This game is currently planning a major specification change
Playing now may not give you a satisfying experience
However, it is a policy that we will not give a big discount anymore when early access ends
Play now and at the end of Early Access
We recommend playing again

Unlike the previous game, there are no usable weapons at all.
You can always play the game with a sense of urgency.

Built as an "evolving horror game",
Player feedback will determine future gameplay.
The elements that the developers came up with and implemented in the game to
We have adopted the concept of improving the game by having the players evaluate it.
It has a foundation that can withstand the most advanced technologies such as Server integration.


■Evolving horror game
Accident House is developed on the assumption that it will evolve
Even one of the opinions can change the fundamental part of the game.

■ A dark eerie abandoned house
An abandoned house where an eerie sound echoes and someone hides
However, if you turn on the light, it will be found by the enemy

■A sudden hallucination
A virus-infected hero can be shown a monster's hallucinations
If you're careless, the game is over in an instant

■ The truth about the Quiet Mansion series is revealed
The truth of large-scale bioterrorism that was not revealed in past works will be revealed
Watch the ending of this story!

Includes mild violence scenes and grotesque expressions such as blood.