“This game is still in development. It can be used for a regular daily workout but there are still several core aspects that will be added in the future. I am looking for feedback from the community to get a feel for what features are actually needed/missing.”

“To get invovled in the developmend please join the VRWorkout discord https://discord.gg/Vg3vyah”
Read more
Notice: Requires one of the following virtual reality headsets: HTC Vive, Oculus Rift, or Valve Index. See the VR Support section for more info.
VR Only

Transform your living room into a personal gym

VRWorkout is a fitness rhythm game with full-body engagement.

DISCLAIMER: Use at your own risk! This game does not check if you bump into your surroundings. There is a lot of movement involved since this is a physical workout game, which bears the risk of injury. Always use common sense when performing the movements inside the game. If you feel that some exercises are too dangerous DO NOT PERFORM them. You acknowledge that this software is free and you are using it at your own risk

If your system does not have hand tracking support you can strap the controllers to your wrists, for example with knuckle straps: 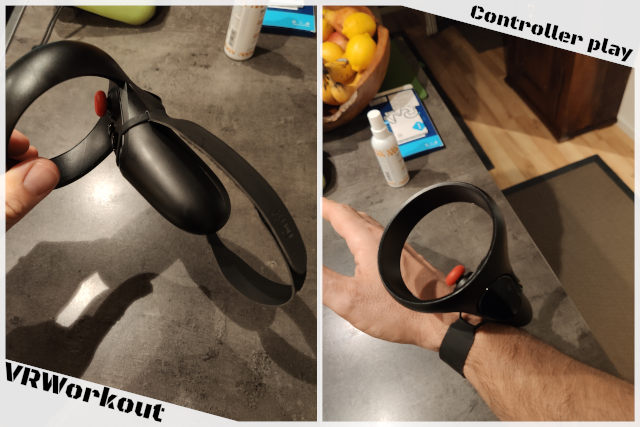 Here are other options to use controllers: 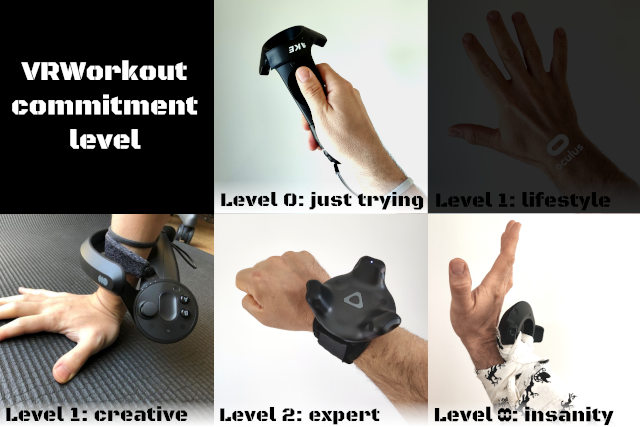 If you are just trying it out for the first time you can hold the controllers in your hands, just don't expect to be able to hit the hand cues during the pushups and probably avoid the burpees.
Once you are comfortable and want to move forward with a more serious workout either use VIVE Trackers with wrist straps or strap the controllers to your wrists in a safe manner. 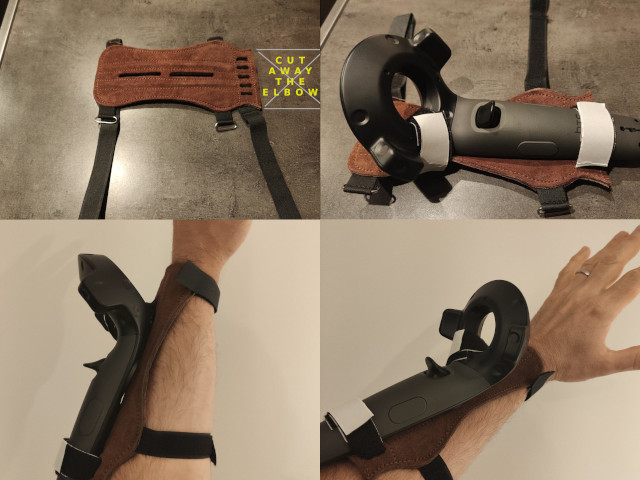 VIVE wands are a bit trickier. One method that works quite well is to use a forearm guard usually used in archery and fixing the controller with Velcro to it. Those forearm guards are usually rather cheap (~$20) and are quite a good option to fix a VR controller to the forearm.


The optimal time to hit the cues is when the marker that rotates around the cue touches the second one.

Upon starting you will see several different blocks. Touch one of them at the desired difficulty spot to select a level and difficulty. To disable exercises switch them on/off with the switches to your left.

Exiting a stage during play: On the top of the left blue pole is a sign to exit a stage.

Play with your own music in Freeplay mode* Put on some music in the background and hit the blue drum in the main menu to the beat of the music. Once the beat is set, select one of the freeplay modes to your right. They will send the cues according to the BPM you set but without playing any music.

To play your own songs convert them to OGG files (only stereo is supported) and place them in the Folder C:\VRWorkout
This folder is not automatically created so if you use customs songs create the folder VRWorkout in C:\ first

DISCLAIMER: Use at your own risk!

This game does not check if you bump into your surroundings.
This is a physical workout game with a lot of movement which can have the risk of injury.
Always use common sense when performing the movements inside the game.
If you feel that some exercises are too dangerous DO NOT PERFORM them. You acknowledge that this software is free and you are using it at your own risk!