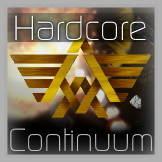 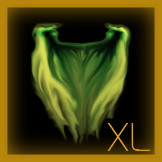 “Nienix has a lot of content and is in a very playable state. That said, there are many things left to do. We want to engage with the community to ensure that Nienix becomes the best possible multiplayer ARPG. Early access players will be compensated by a reduced price.”

“There are many planned additional features for the full release:
”

“Nienix has a lot of content and is in a very playable state:
”

“Early Access price is reduced. The full release will be 20-30% more expensive.”

“We use Steam and Discord to interact with the community. Feedback from the community will be used to improve the game. For example, regarding new features, bug reports and balance adjustments.”
Read more

Embark on an epic voyage in search of the mythical artifact Nienix through galaxies in conflict. Be prepared for an action-packed experience! As the Nienix is believed to possess an incredible power, it is sought by every faction in the known universe.

Shape your character to fit your playstyle! Discover hundreds of unique items and abilities. Then mod them to suit your needs!

Do you want to play as a tiny fighter or a massive battleship? Or perhaps command your own fleet? Nienix has carefully designed character progression systems, such as skill trees and legendary loot, to suit a plethora of playstyles.

The extensive campaign can be played COOP with up to 6 players. Additionally, deathmatch and team-based PvP combat is available for up to 40 players.

The universe in Nienix is carefully procedurally created to make sure each playsession is fun and no two playsessions are the same!

Join the Discord server to stay updated on the development progress!