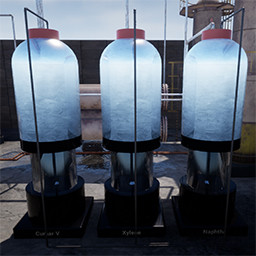 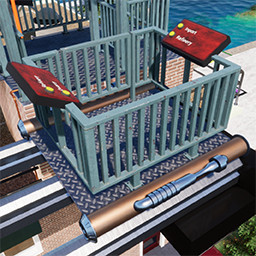 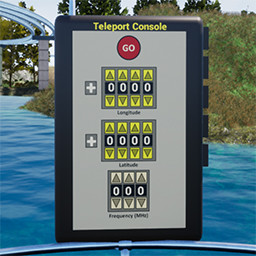 “We are looking for feedback on game play, where the game is fun, not so fun, and more importantly, new or enhanced game play ideas, especially on the current state of the ending. Any ideas you might suggest to enhance it.

Ideas that are incorporated into the game will earn you a mention in the game credits (unless you do not wish your name published for privacy reasons).”

“It is difficult to say with any development effort but the goal is 60 days. If there are significant enhancement ideas that are suggested, and they are complex changes, it could be longer.”

“Depending on feedback, the game play will have enhanced ending(s), and will add game play puzzles and features in other parts of the game. Example question .... more laser puzzles?”

“It is playable to the finish but could use some enhancements and suggestions to make it a better game. Also, as a warning, we suspect it is not perfect as there may be some bugs or weird game play instances that we have not yet discovered. For any bugs/issues, post on community hub or send mail to support@sonoma.games.

If you encounter a bug or weird behavior, save game, quit game, restart game and reload game.”

“The price will be the same.”

“We want feedback that will guide the final touches on the game at a minimum, but potentially even significant new game play features in the endings, or even new puzzles, enhancements to the world.

The Steam Community Hub for the game will be used for feedback as will email to support@sonoma.games.”

How did you end up at Escapeworld? Without your consent, you were snatched from your every day life. Basically, kidnapped. Teleported to Escapeworld. Now you are standing, alone, in a theme-park-sized "Escape Room" that looks like it was supposed to be a puzzle and exploration resort for paying guests. How do you escape these puzzle islands and get back to your world?

That will be no simple matter. But one thing is clear - something has gone badly wrong at Escapeworld. It is up to you to not only escape, but to see if you can fix Escapeworld. Others are counting on you to make the right choice to resolve the dilemma you face.

Escapeworld Dilemma is an Indie-developed single-player walk around puzzle and exploration game. Of the Escape Room genre, the game takes place in a large, open theme park like world with 12 differently themed islands to explore, many different puzzles to solve, many challenges to overcome, and most importantly, a choice you must make to resolve the dilemma you face.